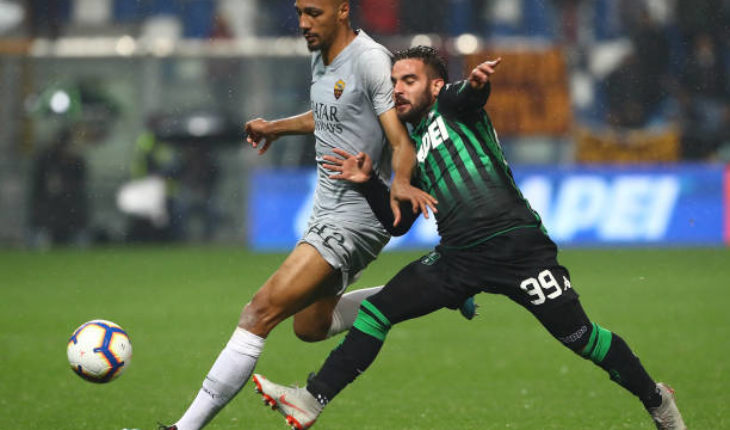 Everton manager Carlo Ancelotti seems to have shortlisted his first January target with reports claiming the Toffees are interested in signing AS Roma midfielder Steven Nzonzi. Nzonzi is no stranger to the Premier League, having previously played for Blackburn Rovers and Stoke City in England’s top division.

As per Marca, the French midfielder, who is currently on loan at Turkish side Galatasaray, had a bust-up with manager Fatih Terim. Nzonzi joined the Turkish club in the 2019 summer transfer window, but it seems like he could be on the move again, with Everton and French side Lyon interested in signing him.

The 31-year-old spent six years in the Premier League, playing three seasons for Blackburn before making the switch to Stoke City, where he played a further three years. He then moved to Sevilla and then to Roma, before his current loan spell. His contract with Roma expires in the summer of 2022. Steven Nzonzi was a part of France’s 2018 World Cup-winning side, even making an appearance in the final.

Steven Nzonzi: A smart move by the club?

Everton have been rocked by several long-term injuries this season, two of them midfielders, who were integral to the Everton side – Andre Gomes and Jean-Philippe Gbamin. Steven Nzonzi is a player with several good attributes who could make a difference to teams in the lower half of the top 10.

The lanky midfielder is physically strong, has the legs to move from one box to the other quickly, while also being a decent passer of the ball. The 6’5″ midfielder is very good in the air, winning an average of 3 aerial balls each game in the Turkish league this season. This season, he has averaged 76.9 passes per game with a high passing percentage of 90.1.

He could be a useful squad player for Everton who already have experienced midfielders like Gylfi Sigurdsson, Morgan Schneiderlin, Fabian Delph and Andre Gomes, as well as younger midfielders like Gbamin and Tom Davies. With his wide experience of playing for good teams across Europe, as well as his past experience of playing in the Premier League, Nzonzi could be a risk-free transfer for Everton, and one that they need at the moment.