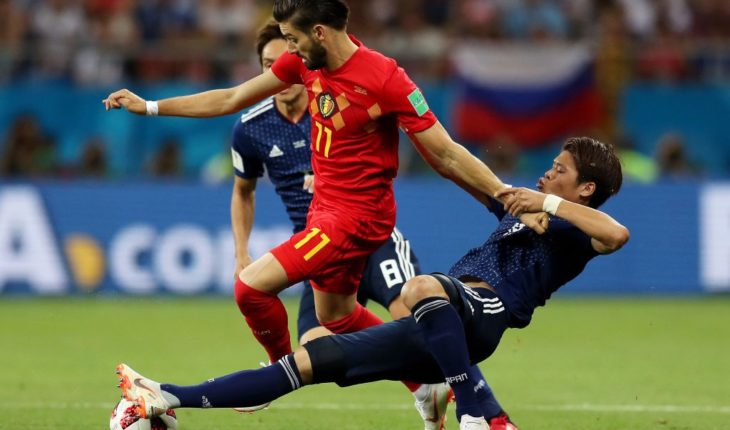 Belgian winger Yannick Carrasco could leave China and his current club Dalian Yifang in January and English Premier League side Arsenal are the frontrunners to sign him. The former Atletico Madrid midfielder, who had revealed earlier this year that he wants to move back to Europe and that clubs were interested in him in the 2019 January transfer window, could be sold by the Chinese club to make way for another player.

Dalian Yifang, who are currently managed by former Newcastle United manager, Rafa Benitez, are interested in signing Napoli’s Dries Mertens, whose contract with the Italian club expires next season. The Chinese club could make a move for the attacker in the January transfer window, and sell Carrasco, according to Calciomercato (via The Sun).

The Belgian opted for a transfer to China in February 2018, moving from Atletico Madrid. Carrasco has gone on to make close to 50 appearances for Dalian Yifang in the two seasons, scoring 14 goals in 19 games this season, while also assisting 6 goals, from the wide areas.

His contract with the Chinese team expires in 2022.

Should Arsenal move in for Yannick Carrasco?

The 26-year-old winger is a fast and direct dribbler, who can turn defence into attack quickly, while also being a fantastic finisher. Carrasco plays from the left, capable of playing as a left midfielder or further forward as a left-sided attacker, who predominantly cuts inside with his stronger right foot, and puts in menacing crosses and is not shy taking shots at goal.

Arsenal should make a move for him as they do not have a quality natural left-sided player, as strikers like Pierre-Emerick Aubameyang or Alexandre Lacazette who have played there, especially the former – are better further upfront through the middle, while Reiss Nelson can play also play on the left, but he is still very young.

Carrasco has Champions League experience, is a player who can contribute on average 10 goals every season, and is also someone who would fit very well in Unai Emery’s style of play. The signing of Carrasco could make the Gunners one of the most menacing attacks in the Premier League. With the player wanting to leave the club, Arsenal should pounce on this opportunity quickly and get a deal done in January.

There is also need for the Gunners to improve massively in defence but Emery might be forced to wait till the summer to strengthen in that department and the Carrasco opportunity, though not a priority, could be something which the Gunners can move on instinct with an eye on the future.