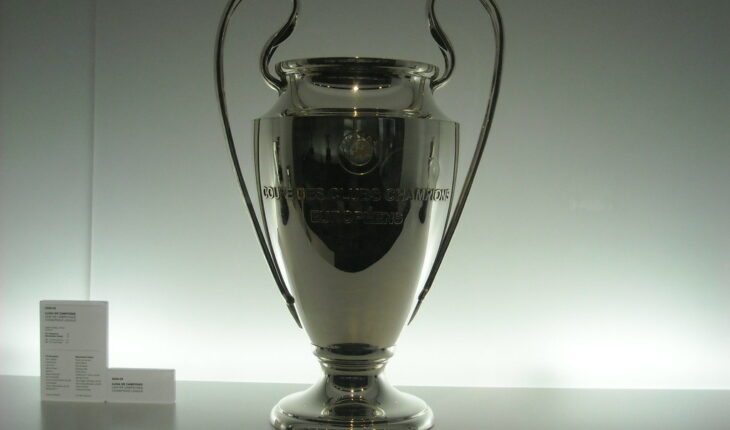 Over the first six weeks of the elite European competition, we have witnessed individual brilliance, excellent team goals, top-notch saves and many more.

With club action on hold right now, we take a moment to look back at the group stage of the Champions League as we bide our time ahead of the mouth-watering semi-finals of the World Cup 2022.

#The Khvicha Kvaratskhelia show vs Liverpool

Khvicha Kvaratskhelia has been outstanding for Napoli since arriving from Dinamo Batumi in the summer and has proven to be one of the most proficient attackers in Serie A. Not only has he impressed in the Serie A but also lighted up the Champions League with his dazzling displays.

Napoli opened their Champions League campaign with a superb 4-1 win over Liverpool in Naples, where Kvaratskhelia turned up the heat and put in a brilliant display. He was unplayable on that night, tormenting the Liverpool defence especially Trent Alexander-Arnold with his pace, dribbling skills and movement.

The reported fee of €10-12m spent on the Georgian winger by Napoli seems likely one of the bargains of the century.

Mohamed Salah may not have hit his usual heights this season but he scored the fastest-ever Champions League hat-trick as Liverpool thrashed Rangers 7-1 at the Ibrox Stadium in October.

Having entered the fray in the 68th minute, Salah scored his first goal in the 75th minute before doubling his tally five minutes later. Another goal swiftly followed, with the Egyptian star completing his hat-trick in just six minutes and breaking the record for the fastest hat-trick in Champions League history which was held by former Lyon striker Bafetimbi Gomis.

Mykhaylo Mudryk has constantly hit the headlines in Ukraine after quickly developing into one of the most talked about players across Europe following his sublime form in his potential breakthrough campaign for Shakhtar Donetsk.

Dubbed the “Ukrainian Neymar”, Mudryk has caught the eye with his outstanding displays in the Champions League. One notable display came against Celtic at Celtic Park in the competition, where the youngster’s all-round play won him more admirers but his goal stole the show.

Receiving the ball in the centre of the pitch, Mudryk drove at the Celtic defence with electric pace, cut inside on his right and unleashed a rocket from 25 yards beyond Joe Hart and into the top corner for the equaliser before wheeling away in celebration. The goal and his all-round display at Celtic was another timely reminder of Mudryk’s talents.

Shakhtar Donetsk forward Danylo Sikan produced one of the worst misses in Champions League history against Celtic at Celtic Park.

With the score 1-1, Shakhtar launched a counter-attack through Mykhaylo Mudryk, who skipped past one player and raced to the Celtic goal before slipping a pass to Sikan. With Celtic goalkeeper Joe Hart off his line and well beaten, all Sikan had to do was put the ball in the empty net.

The Ukrainian forward, however, failed to control the ball with his first touch and the ball ended up going agonizingly out of play, leading to arguably the worst miss in the history of the competition.

After the dramatic game against Bayer Leverkusen ended 2-2 in Madrid, VAR awarded a penalty to Atletico Madrid and Carrasco stepped up with the ball. But the Belgian spurned his chance from the penalty spot in the 98th minute, with Bayer goalkeeper Lukas Hradecky saving his effort from 12 yards before Saul Niguez’s follow-up strike kissed the crossbar and went out.

It was heartbreak for Diego Simeone and Atletico, as the draw ensured FC Porto secure a spot in the last 16 of the Champions League.

#Tottenham win it late against Marseille to qualify for last 16

Pierre-Emile Hojbjerg’s last-gasp winning goal saw Tottenham come from behind to beat Marseille in a dramatic game to finish in top spot in Group D.

Chancel Mbemba’s towering header in the first-half stoppage time gave Marseille the lead at Stade Velodrome. But despite Antonio Conte’s touchline ban and losing Son Heung-Min to an early head injury, Tottenham turned things around and equalised through Clement Lenglet in the 54th minute.

It looked like a draw would be enough to seal qualification to the next round but Spurs clinched a win at the death and topped their group as Harry Kane played in Hojbjerg, who finished well to silence a hostile Stade Velodrome crowd.

It was a party atmosphere in the French capital, with PSG’s famed attacking trio of Messi, Mbappe and Neymar turning up the heat against Maccabi. The star front three scored each to put the hosts up 3-0 inside just 35 minutes. Messi made it four with a sumptuous strike before half time.

Maccabi did score twice through Abdoulaye Seck, but Mbappe curling in for his second before an own goal from Sean Goldberg and a seventh goal by substitute Carlos Soler after the interval, completed the mauling and PSG’s passage into the round of 16.

After losing 1-0 to Inter Milan at San Siro, Barcelona needed at least a draw to keep their chances of qualification alive for the knockout rounds ahead of the reverse fixture at Camp Nou.

Inter looked to carry the momentum of their 1-0 win over Barcelona and took a 2-1 lead at Camp Nou, after Ousmane Dembele had given the home side the lead in the 40th minute.

Robert Lewandowski made it 2-2 in the 82nd minute, but Inter’s Robin Gosens put Inter back in the lead minutes later with a composed finish on the counter attack. The Serie A side were moments away from celebrating a famous win on Spanish soil, only for Lewandowski to head in and secure a share of the spoils.

However, the draw was not enough as Xavi’s Barcelona were eventually eliminated from the Champions League before facing Bayern Munich in matchweek five owing to Inter’s 4-0 win over Viktoria Plzen.

#Bayern prove themselves as favourites with unblemished group stage record

Bayern Munich showed they are among the overwhelming favourites to win the Champions League with a spotless group stage record.

In a group that comprised of Barcelona, Inter Milan and Viktoria Plzen, Bayern were tipped to make it to the round of 16 but not with such ease, as Julian Nagelsmann’s men thrashed their group mates home and away to make it six wins out of six.

The Bavarians have been handed arguably the toughest last 16 draw they could have imagined in Paris Saint-Germain, but in a team that has goals spread everywhere, midfield muscle available and defensive solidity to boast about, Nagelsmann must be approaching the mouthwatering double-header slated to be held in February with a lot of confidence.

It is not a surprise to see Rangers manager Giovanni van Bronckhorst under immense pressure.

Rangers have dropped points in three of their last five outings in the Scottish Premiership, leaving them nine points adrift of rivals and table-toppers Celtic after the completion of 15 games. As far as their European journey is concerned, Van Bronckhorst’s side failed to make it to the knockout rounds after amassing zero points in the group stages.

Drawn with Liverpool, Ajax and Napoli in what certainly was the ‘Group of Death’, Rangers endured a forgettable Champions League campaign and became the worst group-stage team in the competition’s history. They lost all their games with a -18 goal difference, bettering Dinamo Zagreb’s 2011/12 season finish with no points and a -19 goal difference.

Indeed, it was a harsh reality check for Rangers and Van Bronckhorst that the step up to Europe’s elite is too much for the Glasgow side. 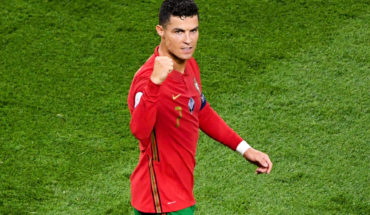