Home
LEAGUES
English Premier League
Arsenal
Arsenal keen to sign Belgian wing-wizard: How they might line up with him 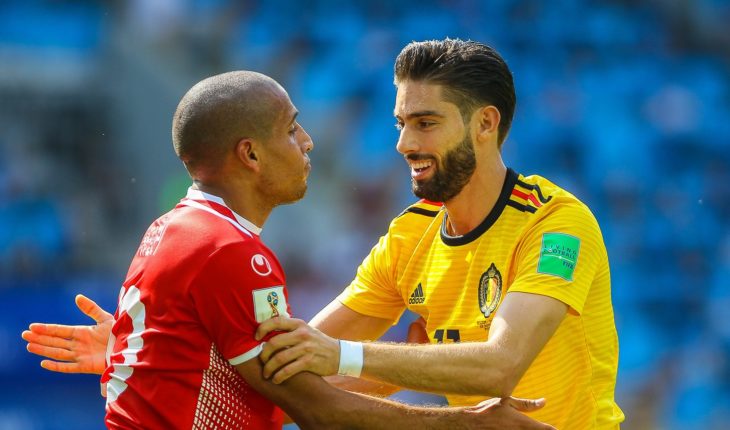 Arsenal have been linked with a move for Belgian attacker Yannick Carrasco as they look to add more quality to their attack in the summer.

The Dalian Yifang winger is keen to return to Europe, and according to German source Bild, the Gunners are ready to put together a bid to bring him to Emirates.

Arsenal will, however, have to compete with Bundesliga giants Bayern Munich, who are also keeping close tabs on him.

At £25 million, Carrasco could prove to a bargain, especially for Arsenal who don’t have the biggest of budgets this summer.

If Carrasco eventually makes a move to the Emirates Stadium, here is how Arsenal could line up next season.

Bernd Leno emerged as the first-choice custodian for Arsenal last season, and considering that he did a decent job, he is expected to keep his place between the sticks.

Veteran defenders Sokratis and Laurent Koscielny are expected to remain as the prime contenders for the central defensive area. Although Shkodran Mustafi is also on Emery’s books, he was inconsistent for a large part of last season.

However, this is an area where reinforcements are needed. While Koscielny is set to enter the final year of his contract, Rob Holding and Konstantinos Mavropanos are unfinished articles and need time.

Sead Kolasinac and Hector Bellerin are expected to operate as the full-backs regularly.

Lucas Torreira took very little time to settle in the Premier League after his move from Sampdoria last summer, and he worked well alongside Granit Xhaka. Torreira’s resilience in the middle of the park allows Xhaka to get forward and create openings.

Mesut Ozil has hardly lived up to his wages of £350,000-a-week wage, but considering Emery has too little to choose from, Ozil might operate as the no.10 unless the club decide to buy someone else.

Alexandre Lacazette’s clinical goal scoring abilities should see his as the first-choice striker next season. He managed 13 goals and also registered 8 assists in 35 Premier League outings and was exceptional.

If Arsenal manage to sign Carrasco, he could find himself on the left wing, while and Pierre-Emerick Aubameyang is expected to start on the other side regularly. 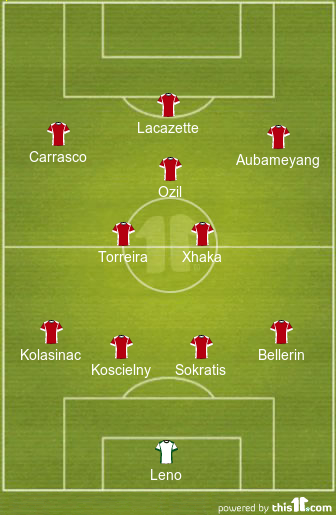 Its perfect time to make some plans for the future and its time to be happy with best place.