Manchester United are closing in on Newcastle United sensation Sean Longstaff in their quest of signing a midfielder after having lost two of their midfielders in Marouane Fellaini and Ander Herrera with the latter’s replacement more urgently sought by the club.

According to a report from the Daily Mirror, Red Devils are planning to bid £25m to poach the Magpies midfielder away from St. James’ Park and are pretty confident about striking a deal.

Longstaff made the leap from U-23 squad to the senior side six months back in January and has made 13 appearances for the club. He managed 3 goal contributions netting the ball on two occasions across all competitions.

Longstaff is a versatile operator who predominantly features in central midfield and can also slot into an attacking role or on the left side of the midfield.

The 21-year-old is a dynamic personality on the pitch and boasts an excellent long-range passing skill in his repertoire. He can either switch the play or deliver long diagonal passes from his own half, thus easing his side’s overall transition and build-up play.

He averaged a pass success rate of 80.9%, with 3.3 long balls and 0.6 key passes per game across all competitions last term.

The Newcastle midfielder’s anticipation and zeal to win the ball back for his side remains a quality sign, seeing he is only 21 years of age.

This particular characteristic was on display when Longstaff caught Fernandinho off guard and won the winning penalty against Premier League champions Manchester City at St. James’ Park.

He boasts an impressive 1.9 tackles and 1.1 interceptions per game which highlights his robust nature and awareness on the football pitch.

Seeing his style of play, Longstaff has already drawn comparisons with the likes of another Manchester United great in Michael Carrick.

Although the English International has shown early signs of genius, it’s still early to judge the young midfielder with such a small sample size.

The Norwegian manager Ole Gunnar Solskjaer, who is leading the charge at Old Trafford, has already set things in motion with the signing of Daniel James from Swansea City. Another 21-year-old’s signing would set the stone for the Red Devils for which is to be a long summer ahead of them with the speculation around Paul Pogba leaving Old Trafford increasing by the hour.

This includes nitroglycerin, isosorbide dinitrate, how to get viagra cheap, as the magazine put it, given that Pfizer scientists discovered the drug. 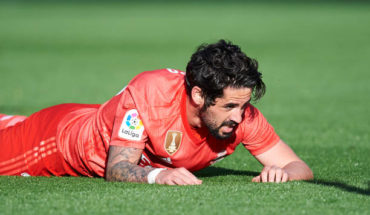