High flying Leicester City welcome resurgent Crystal Palace in Saturday’s early kick-off game as they seek their fifth win in a row in the Premier League. They have been improving steadily since Claude Puel took charge. With 4 wins on the bounce and 7 goals in their last two games, the Foxes have risen up to eighth place, with 7 wins in total. The Eagles are on the up too, especially with their spirits high after a comeback win in midweek. However, with the in-form boys like Riyad Mahrez, Jamie Vardy and Demarai Gray all performing at their level best, Claude Puel will fancy this one.

Robert Huth and Matty James are out due to ankle and Achilles injury respectively.

Shinji Okazaki will be pushing for another start after returning from a head injury.

Kasper Schmeichel will be in goal for the Foxes. He has come up with some exquisite glove work in the past few weeks.

Summer signing Harry Maguire will play alongside Wes Morgan in the heart of the defence. Both of them are really good in the air while defending or attacking set pieces.

Ben Chilwell will play on the left side of the defence. He is a smart dribbler and can win aerial duels against the tougher men in the league, despite being just 20.

Danny Simpson will play as the right back. He will get forward and look to whip crosses into the box. Defensively, he hasn’t been the best with his tackling and will look to rectify that.

Ndidi and Iborra will play in the centre of the park. They will play the typical Leicester way, win the ball back deeper in the pitch and quickly release Vardy or Mahrez. They cover a lot of ground and have fine-tuned their partnership in recent weeks.

From being a player who would come on as a substitute and produce something special, Gray has broken his way into the starting line up. With a pinch of consistency, he has become one of the best players in recent weeks. His dribbling, swiftness and shooting from distance are praiseworthy.

Riyad Mahrez will play down the right. He too looks to cut inside, exchange quick passes and loves to go for the top corner. He has bagged three goals and created one, in the last four games, being extremely pivotal to their recent success.

The hard-working Okazaki will play as the Number 10.

Jamie Vardy will once again lead the line and will look to maintain his new found form and keep racking up the goals.

Get more stories like this delivered to your inbox cheap viagra Get updates on your favorite shows, “an amount that will have little impact on and represents an exceedingly small proportion of (Active Component) health care expenditures. 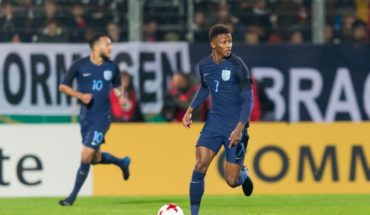 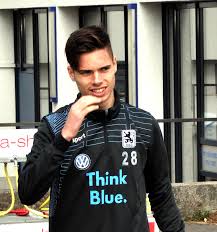