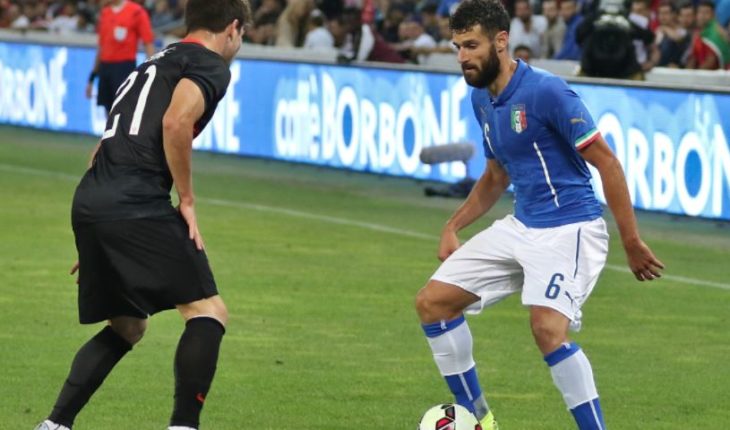 Premier League champions Chelsea have not been very busy in the transfer window this season. This summer has seen them add only Bakayoko, Alvaro Morata and Antonio Rudiger to their title winning squad. The departures of high-profile players such as John Terry and the recent move of  Nemanja Matic to Manchester United. The last month of the transfer window is crucial for the Blues in order to stay in line with the rest of the pack in terms of transfers.

Chelsea had a pre-season to forget as they looked out of sorts in the loss over Inter Milan and Bayern Munich.  The team must really get their act together by the end of this week, as the Community Shield will be on the line against arch rivals Arsenal this Sunday.

Rumour has it that Conte might be looking to sign one of his mainstays during his time managing the Italian National Squad. Antonio Candreva may be on his way to Stamford Bridge in the coming days.

The West London club missed out on the pacy winger last summer, with Candreva choosing to sign for Inter Milan instead for a fee of around 18 million pounds. This time around though, Conte may get his man as there is a pressing need for an attacker. Champions League football is back after a season. However, star striker Diego Costa looks determined to force a move to either to Atletico Madrid or AC Milan. Eden Hazard is injured, Willian and Pedro are reliable, but lack the dynamism that Hazard offers. Candreva is a traditional winger, but also has a knack for scoring goals.

After making the move to San Siro last summer, Candreva immediately cemented his place in Inter’s starting eleven, starting all but 2 of the 38 games in the league last season. He managed a total of 8 goals and 11 assists last season. He averages 2 shots, 2 dribbles and 2.2 key passes per game.

The Italian is a set-piece specialist and his crossing ability will come to the fore with Chelsea boasting the likes of David Luiz, Morata, Alonso and Cahill. Candreva completed 80.2 % of his passes last season. (Via whoscored)

Pros and cons of the transfer

Candreva is already 30 years old. As a winger, Chelsea are looking at may be, say two good seasons and no sell-on value for the Italian. 23 million pounds for a player who may well be past his prime is not good business.

On the upside though, is that Candreva is experienced. He knows what Conte wants of him and has the ability to make a difference in the Premier League. The former Lazio man can offer some much-needed competition in the attack and can also do a fine job playing as right wing-back.

The deal suits all parties though, and expect the blues to land their man before the Premier league kicks-off next weekend.