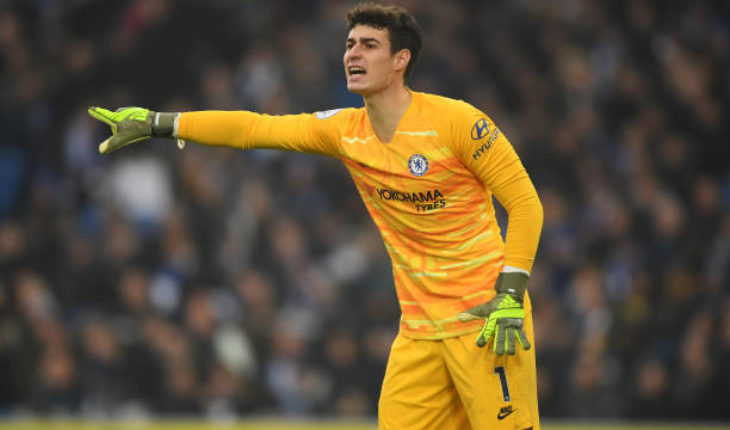 When Chelsea had signed Kepa Arrizabalaga from Athletic Bilbao in the summer of 2018 on a seven-year deal for a whopping transfer fee of £71.6million, it was believed that the Blues had finally found their next Petr Cech.

Although he fared decently in his debut, he endured a miserable run of form in the 2019-20 Premier League season, which made Frank Lampard drop him from the starting XI in the final league game of the season against Wolves.

The Spaniard had been prone to errors which had hindered his progress and the Daily Mail has reported that he is set to be left out of the squad when Chelsea take on their arch-rivals Arsenal in the FA Cup final this weekend.

With the future of Arrizabalaga being up in the air at the moment, here are three goalkeepers which Lampard should look to target during the summer transfer window to fill his shoes.

AC Milan’s custodian Gianluigi Donnarumma is one of the best shot-stoppers in the world at the moment and there are no two ways about it. His contract with the Italian giants is set to expire next summer and Milan could be forced to cash in on him to avoid losing him for free at the end of next term.

Notably, the Pensioners do have the financial muscle to rope him into their ranks and he could definitely be a long-term solution to their goalkeeping needs. Despite being a 21-year-old, the Italian international has shown enough resolve and consistency and is an ideal candidate to replace Arrizabalaga.

Bernd Leno’s absence following an injury that he picked up against Brighton and Hove Albion gave adequate opportunities to Emiliano Martinez and the Argentine grabbed them with open arms. He earned Mikel Arteta’s trust and was solid between the sticks.

Martinez made stupendous saves time and again to bail his side out of trouble, despite having a stuttering backline ahead of him. Leno’s return might push him back to the role of a deputy and Chelsea could lure him to the Stamford Bridge by promising him regular minutes in goal.

Ajax’s goalkeeper Andre Onana is at par with Arrizabalaga, if not better, and will be an astute replacement for the latter. Onana was one of the stand-out players for Ajax last season when they won the Eredivisie and reached the semi-final of the Champions League, which came as a surprise.

The 24-year-old commands himself meticulously inside the box and can be regularly seen barking orders to his side’s defenders. Further, his positioning sense and distribution have been impeccable in the recent seasons and Chelsea could help their cause by making him sign on the dotted line.

Viagra legally and safely cheap viagra safe, you can count on affordable pricing with zero hidden fees and 100% transparency into our legal process.