Manchester United will look to extend their unbeaten run in the Premier League to nine games when they host Bournemouth on Saturday. The Red Devils have won two and drawn one since the restart.

Ole Gunnar Solskjaer’s side will be expected to win at Old Trafford this weekend as they have a strong record at home, losing just two Premier League games this season, while their opponents, Bournemouth, have struggled all season.

With Champions League spots still undecided, Manchester United will have to get a win to keep the pressure on Chelsea and Leicester City.

Phil Jones and Axel Tuanzebe will miss out due to injury once again. Solskjaer revealed that some players could be carrying knocks, and we could see some rotation for the game against Bournemouth.

There have been reports (h/t Mirror) of Paul Pogba and Bruno Fernandes picking up knocks in training, and it remains to be seen if they will be fit to face Bournemouth.

Let’s take a look at the possible Manchester United lineup against Bournemouth:

David de Gea put in a strong performance last time around against Brighton, and he should continue in goal for Saturday’s game.

Harry Maguire and Victor Lindelof played against Brighton, and the duo should continue at the back after coming out unscathed against an uninspired Seagulls attack.

Luke Shaw could get a rest as he has started every game since the restart. Brandon Williams could feature at left-back in the Manchester United lineup. Aaron Wan-Bissaka could continue on the opposite flank for the Red Devils.

We could see a few changes in midfield for Manchester United against Bournemouth. Nemanja Matic could make way for Scott McTominay in midfield, as the experienced Serbian played the entire 90 minutes against Brighton.

Paul Pogba and Bruno Fernandes have linked up well in the middle of the park. The Manchester United lineup looks a lot stronger with the duo in midfield, but if the injuries they picked up in training are serious, we could see Fred and Andreas Pereira getting the nod.

The front three of Marcus Rashford, Mason Greenwood, and Anthony Martial could start once again for the Red Devils on Saturday.

Odion Ighalo could have an outside chance of starting against Bournemouth in place of Martial in the Manchester United lineup. Daniel James and Juan Mata are additional options out wide for Solskjaer. 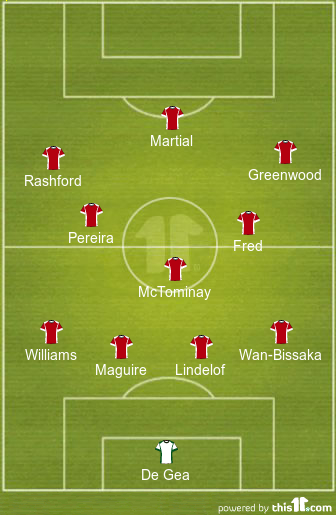 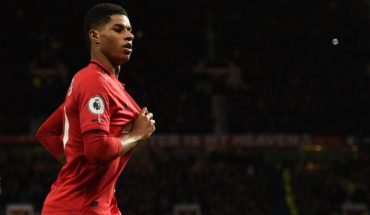