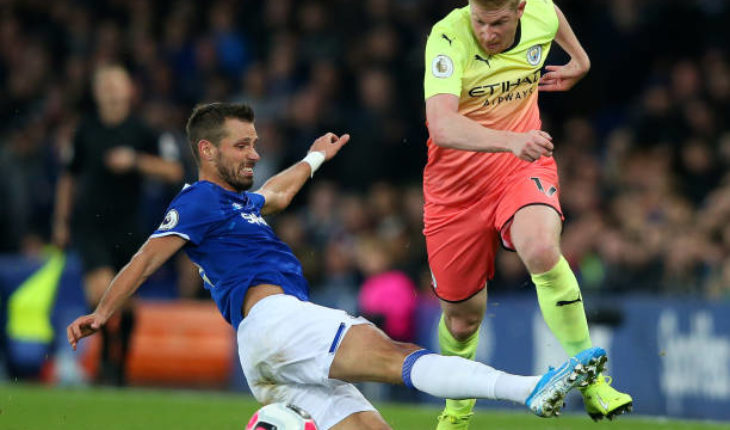 Everton and Liverpool will battle each other in the 234th edition of the Merseyside derby at Anfield on Wednesday night. The hosts are flying high at the top of the table, having won 13 of their 14 Premier League games this season, and are the only undefeated team in the league so far.

The Toffees, meanwhile, are 17th, two points above the relegation zone, after a terrible start to the season. Marco Silva’s men lost to Leicester City over the weekend – their 8th loss of the season so far. The manager is under severe pressure as Everton have lost 7 of their last 10 games in the league.

Let’s take a look at the Everton team that Marco Silva could put out in this must-win clash.

Jean-Philippe Gbamin and Andre Gomes will miss out on the game due to long-term injuries, while captain Seamus Coleman is a huge doubt as well.

Theo Walcott has recovered and will be available but Fabian Delph remains out.

Jordan Pickford should start in goal for the Toffees against Liverpool.

The three-man defence experiment worked to an extent for Silva on Sunday, and he could play the system for Wednesday night’s game where they will need to keep a similar compact shape.

Michael Keane, Yerry Mina and Mason Holgate started at the back in that game, and they could continue to be a part of the three-man defence in the Everton team.

Seamus Coleman and Cuco Martina’s absence means that Djibril Sidibé will continue to play on the right side as a wing-back, while Lucas Digne will play on the opposite side at left wing-back. Digne has the most assists for Everton (3) this season and he will have to provide width to the Toffees side.

Morgan Schneiderlin could come into the team in place of Gylfi Sigurdsson to add steel to the midfield area, and he could be joined by Tom Davies who will look to provide some much-needed energy and enthusiasm against the marauding Reds.

Richarlison scored Everton’s only goal in the game against Leicester City and he will start the game, while Alex Iwobi will also retain his place, on the right.

Dominic Calvert-Lewin will retain his place in the Everton team, starting as the main striker. 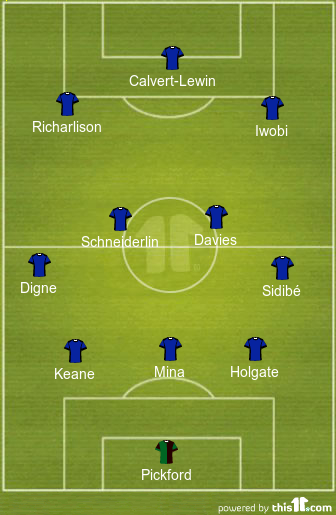 Some medicines are not safe to take with Viagra cheap viagra, targeting a womans brain chemistry in order to boost her desire.