Tottenham Hotspur will be aiming to end a two-game losing run in all competitions when they play host to Leeds United in the Premier League on Saturday.

The Lilywhites lost ground on Arsenal and Manchester City after losing to Liverpool 2-1 in north London last weekend, before seeing one of their chances of silverware dash in midweek following a 2-0 loss to Nottingham Forest in the EFL Cup third round.

Antonio Conte would have been disappointed with his team’s early exit from the EFL Cup and will expect an immediate response against Leeds United at the weekend.

Ryan Sessegnon was struggling with an injury towards the end of the game against Nottingham Forest but was forced to carry on after Spurs had used all of their five substitutes, but Antonio Conte has been handed an injury boost in attack, with Richarlison coming off the bench in the Carabao Cup on Wednesday.

Hugo Lloris’ season has been up and down so far, with the Spurs’ No.1 making some high-profile errors. Nonetheless, he is a certainty to start against Leeds in the Tottenham lineup.

Antonio Conte is expected to go with a 3-4-3 system at the weekend, with Ben Davies, Eric Dier and Clement Lenglet forming the Tottenham backline in front of Lloris. Lenglet will marshal the troops from the centre, as Spurs look to keep things solid at the back throughout the game. 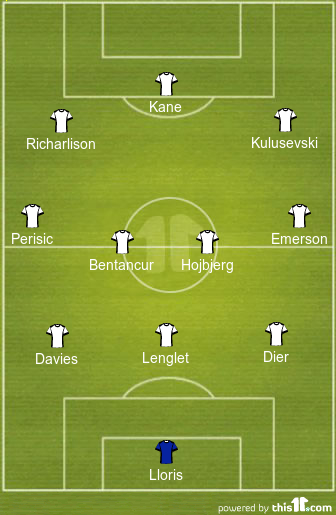 The Spurs’ defensive trio need to be at the top of their game if they are to stop Leeds United from scoring this weekend.

Pierre-Emile Højbjerg and Rodrigo Bentancur will function as the holding midfielders in the Tottenham lineup, offering protection to the Spurs backline while building attacks from the deep. Their main task will be to stop the opponent from dictating terms in the middle of the park.

Ivan Perisic will fill in as the left-sided wing-back in the Tottenham lineup, while Emerson Royal, despite coming in for a lot of criticism following his substandard displays, would be trusted to deliver the goods from the right wing-back spot.

Both Perisic and Emerson would be given the responsibility to contain the Leeds’ wide attackers from creating problems during the game in north London.

Harry Kane is a certainty to lead the Spurs attack and he will be hoping to get service in the box from his fellow forwards.

Richarlison and Dejan Kulusevski’s return to full fitness gives Conte the license to play a bit more expansive football, with the Brazilian and Swede starting on the left and right flank, respectively in the Tottenham lineup.

Bryan Gil, Yves Bissouma and Lucas Moura will be named on the bench and might come on to influence the game in the second half if Conte opts to call upon their services. 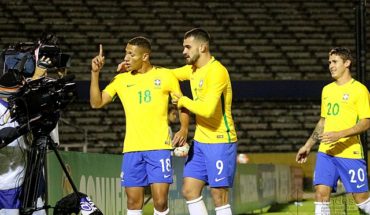