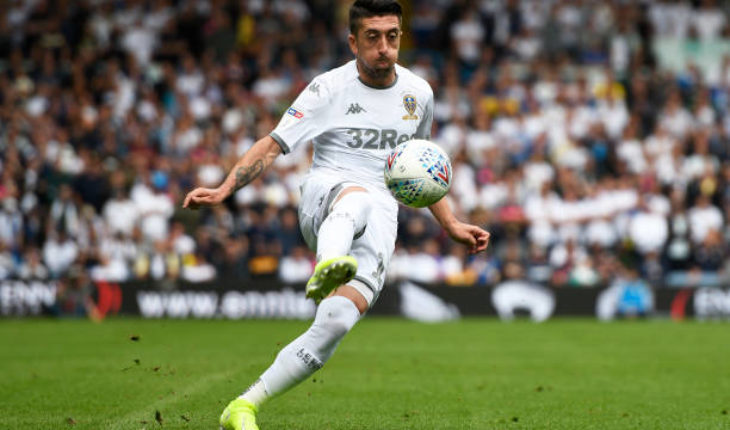 Leeds United got back to winning ways last weekend after two consecutive draws, beating QPR 2-0. The Whites face Blackburn Rovers on Saturday and have the opportunity to go to the top of the league if they win and other results go in their favour.

Marcelo Bielsa used a slightly different system against QPR, which worked for his side, and we could see him continue to use it against Blackburn at Elland Road on Saturday. The Leeds boss still has a few injury worries, but he should be confident of securing a victory on Saturday.

Let’s take a look at the probable Leeds United lineup for the game against Blackburn.

Kiko Casilla has been ever-present in the Leeds United lineup and he should start once again on Saturday for the Whites.

Captain Liam Cooper started the game against QPR, making his first start in a month. He should continue in defence for Leeds, playing alongside Ben White and Luke Ayling at the back, just like they did against QPR. Gaetano Berardi is an option at the back for Bielsa as well.

Bielsa used Mateusz Klich on the left side instead of Ezgjan Alioski. Klich played as a midfielder on the left, playing alongside Kalvin Phillips and Stuart Dallas in midfield. The trio started against QPR and should continue against Blackburn. Tyler Roberts scored for Leeds on his first start of the season, and he is likely to be rewarded with yet another start in the Leeds United lineup.

Jamie Shackleton was again missing in action last week and we aren’t quite sure when he will return to the Leeds lineup. 18-year-old Mateusz Bogusz was in the squad for the game against QPR, but he won’t get a start for now.

Pablo Hernandez finally returned to the Leeds squad last time around against QPR, playing the last 15 minutes of the game. He should probably get his first start in more than a month, replacing Helder Costa on the right side of attack for Leeds.

Jack Harrison scored and he should start from the left, while Patrick Bamford will also retain his place in the Leeds United lineup as Eddie Nketiah is a doubt due to injury. 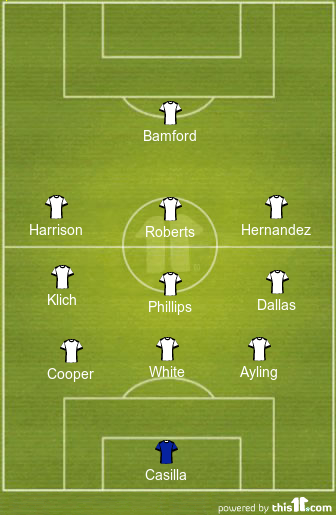 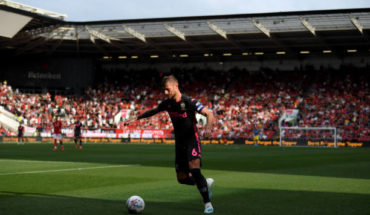