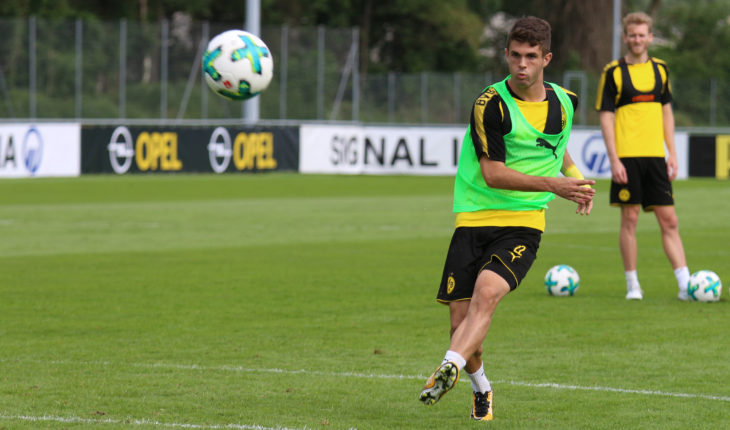 In what will be his first game as a manager in the Premier League, Chelsea legend Frank Lampard will face one of the toughest tests of his season early this campaign when his side travel to Old Trafford to kick off their 2019/20 Premier League season.

The Blues lost Eden Hazard in the summer and the transfer ban meant that they were not able to replace him adequately. But they do have the likes of Christian Pulisic to look forward to, as they take on Manchester United, who are also managed by a legend of their own.

Both teams are expected to fight for a place in the top 4 come the end of the season and this game could give us where the two teams might stand. Here is the predicted lineup Lampard might field for this tie:

Callum Hudson Odoi and Ruben Loftus Cheek are both suffering from long term injuries and will miss out. Antonio Rudiger and Willian are both just back with the squad and lack match fitness to make it to the starting XI. N’Golo Kante has recovered from his knee injury and is fit to start on Sunday.

Chelsea have Kepa Arrizabalaga as the first choice shot-stopper and should stick with him for the game against Manchester United. Having sold David Luiz, the Blues have Kurt Zouma and Andreas Christensen as the only available defenders for this game.

The duo will be up against the likes of Anthony Martial and Marcus Rashford and their performances could decide the outcome of this game.

Emerson Palmieri seems to have impressed Lampard enough to displace Marcos Alonso at left-back. Cesar Azpilicueta will add some stability and experience to the Chelsea backline at right-back.

Kante has been declared fit and will walk into the first team at Chelsea. He should be partnered with Mateo Kovacic, who will add creativity and balance to their midfield.

Lampard has stuck with the 4-2-3-1 formation in pre-season and is expected to do the same for this game as well.

Injuries to Hudson-Odoi and Willian will mean that Christian Pulisic will get his Premier League debut this weekend. He will start on the left flank while Pedro is the best choice for Lampard to start on the right flank.

With Gonzalo Higuain and Alvaro Morata no longer at the club, Chelsea have Tammy Abraham as the best option to lead the attack for this game.

Abraham will be up against United’s new signing Harry Maguire, and will hope to dent his confidence early in the season.

Mason Mount will believe that he has done enough to warrant a place in the first team but the manager might be tempted to use the experience of Ross Barkley in the no.10 role. 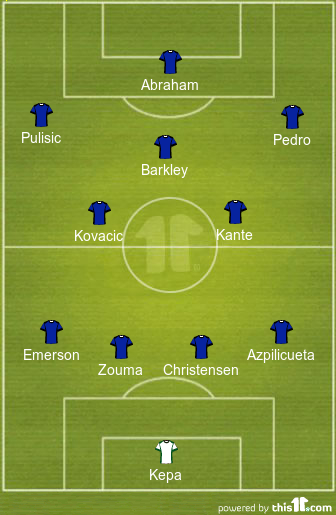