Crystal Palace are keen to sign Fulham midfielder Jean Michael Seri, even though he has three years remaining on his contract with the Cottagers.

According to Ed Aarons of the Guardian, the Eagles are looking to sign Seri on a loan deal from Fulham amidst interest from Ligue 1 side Monaco.

The Ivory Coast midfielder could be on his way out of Fulham, quite possibly because of their relegation to the Championship this past season.

The 27-year-old managed only a single goal and made 3 assists for his teammates in his 32 appearances in the Premier League last season.

Seri is a versatile playmaker, and can feature as a central midfielder to connect the defence to attack and get forward, or even in a defensive midfield role, if the situation arises.

The Ivorian is a technically gifted midfielder, with good composure on the ball and strong passing ability.

The 27-year-old averaged a pass success percentage of 87% last season, with 1.8 key passes, 1.2 crosses and 3.1 long balls per game which highlight his excellent passing intellect on a football pitch.

The right-footed midfielder also contributed heavily in the defensive phases of the game. Last season, he managed an average of 1.3 tackles and 1 interception per 90 minutes.

However, Seri does lack the aerial expertise in the centre of the pitch, which sometimes makes him a liability. His 5ft 6in frame somewhat leaves him short in certain areas on the pitch, which clearly reflects in his numbers as he managed a mere 0.4 aerial duels won per game.

It’s Seri’s creativity that might add that missing element to the Crystal Palace midfield. The Eagles have the players who can protect the defence, so someone like Seri should have the freedom to play in an advanced role where he can use his ability to create openings for the team.

Palace have relied on their wide attackers for the attacking impetus, so someone like Seri would add something different to the team that has looked very predictable in the last couple of seasons. 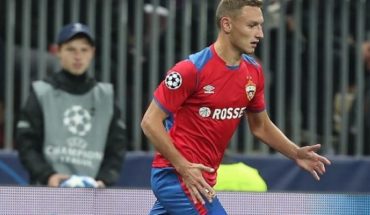