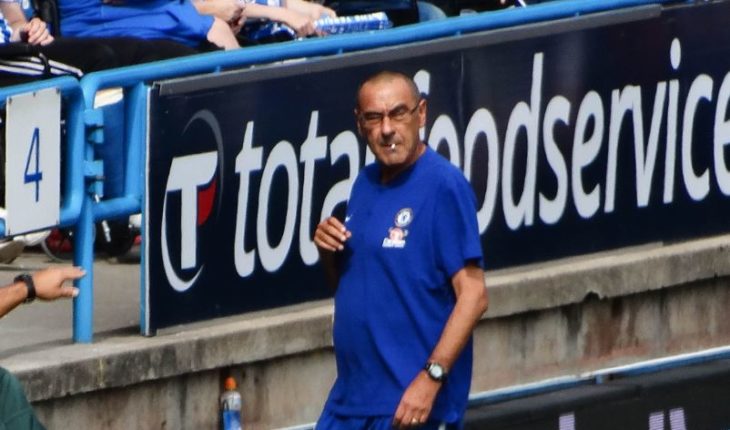 Chelsea have travelled to Germany where they will face Eintracht Frankfurt in the first leg of the semi-finals of the UEFA Europa League.

Chelsea’s hopes of a top 4 finish were boosted after a 1-1 draw with Manchester United in the weekend where Arsenal and Tottenham Hotspur also fell to defeats. But with the English teams performing admirably in Europe, even a top 4 finish might not be enough to qualify for the Champions League next season.

Antonio Rudiger has been ruled out for three months while Gray Cahill is also suffering from an Achilles tendon problem. Ethan Ampadu is also battling a back issue.

Callum Hudson-Odoi is also out for the season while Willian is fit to play.

Kepa Arrizabalaga will start in goal. He has had a topsy turvy season but has shown his class on a number of occasions and a clean sheet tonight will be wholeheartedly welcome.

Cesar Azpilicueta will line up as the right-back while Emerson is expected to be preferred over Marcos Alonso at left-back.

Jorginho will take up his usual spot in deep midfield. The Italian has faced flak for his inconsistent displays but Sarri will hope his trusted midfield general has a good outing.

N’Golo Kante will start in a slightly advanced position on the right while Ruben Loftus-Cheek is expected to start on the left.

Eden Hazard will start on the left flank. He has had a mini dry spell in front of goal and tonight will be the perfect opportunity to break that.

Pedro is likely to start on the right while Chelsea’s Europa League star Oliver Giroud will lead the line after another lacklustre showing by Gonzalo Higuain against Manchester United. 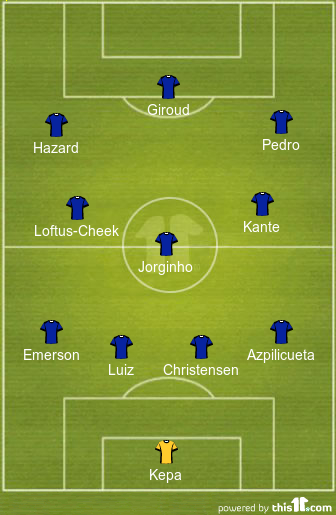 Essentially, this means that Viagras effects can last longer the older you are view