With the season brought to a temporary halt due to the extremely crucial UEFA Nations League, we have stumbled upon an opportunity to evaluate the teams and the season the players have been having till now. Here we will state arguably the strongest Tottenham Hotspur XI from what we have seen this season.

It’s probably fair to acknowledge the fact that Spurs’ number one keeper Hugo Lloris has failed to replicate his World Cup performances in this new season. As a result, Paulo Gazzaniga will be given the nod ahead of the French international.

Despite playing just two league matches, the Argentine keeper has looked very promising and should be rewarded with more frequent chances going forward.

Kieran Trippier gets the nod ahead of Serge Aurier in the right-back department. Although the English international isn’t as athletic as Aurier, he has been much more effective in build-up play, averaging the second most number of key passes in the team.

Toby Alderweireld and Jan Vertonghen will marshall the Tottenham backline, leaving out Davinson Sanchez in the process. The Colombian has struggled to maintain consistency this season while Alderweireld has looked very composed when defending which coupled with his excellent ball-playing qualities make him an unsurprising choice. His understanding with Vertonghen also helps him get the nod ahead of Sanchez in central defence.

Eric Dier’s inconsistent displays forced us to select Christian Eriksen in a deeper role in midfield. Thus, he will partner Moussa Dembele in the double-pivot system.

Both the players have excellent technical quality, unlike Dier, and intelligence to make optimum use of possession. The pair also boasts a combined average of four interceptions per game. Eriksen has also averaged the most number of key passes amongst his teammates despite missing a couple of matches due to injury.

After a stuttering start to his life in the Premier League, Lucas Moura has responded well this season. Although his consistency in producing the end product is questionable, he has infused a spark in the final third for the Lilywhites. Thus, he will be starting as the right winger with Heung-Min Son being deployed on the opposite flank.

Dele Alli will be starting as the lone attacking midfielder, mostly due to lack of options as the Englishman has not got going yet. Harry Kane took time to get off the mark but seems to be shifting gears at a crucial time for the team. 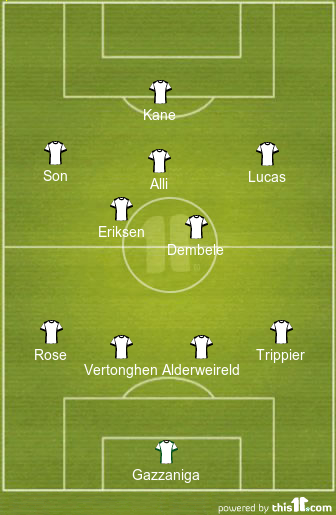 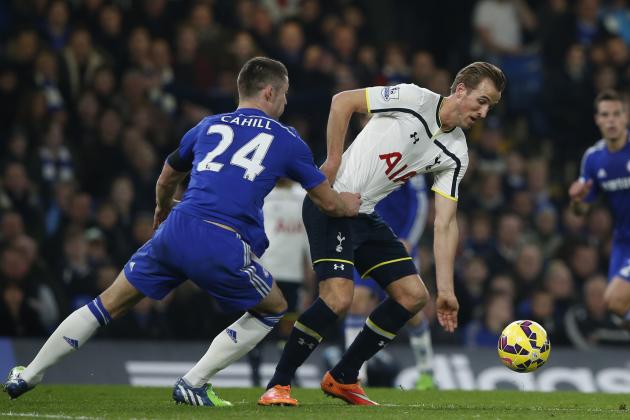