The Premier League returns this weekend after two weeks of gruelling international action. Title contenders Tottenham Hotspur have a tricky fixture ahead of them against AFC Bournemouth at Wembley. The Lilywhites will face the Cherries with a quest to move closer to the two Manchester sides. After making a somewhat unconvincing start to the season, Tottenham have finally fired up their desire to win the Premier League title. Mauricio Pochettino has a bit of work to do before he decides the playing XI for the match against Bournemouth.

The major question ahead of this fixture is who should be rested for the match as the Lilywhites have the daunting task of facing Real Madrid in the midweek. Pochettino might rest a couple of players to keep them fresh for the big match in the UCL. Christian Eriksen and Serge Aurier are the names which come to mind. Both of them will have major roles to play against Madrid and hence can spend the time on the bench. However, star player Harry Kane will start the game, as it would be crucial for Spurs to bag all three points against the Cherries.

Rose and Lamela are back training but are weeks away from first-team action while Dembele is also training and is likely to return next week. Wanyama is still out.

Tottenham were the best team last season defensively. They conceded just 26 goals in the league, last campaign, and look set to maintain that record. Hugo Lloris will continue to man the bars at Wembley as he is Pochettino’s most trusted goalkeeper. The Belgian defensive duo of Jan Vertonghen and Toby Alderweireld will lead the defence and the team would be reliant on them to deny any advantage to the dangerous Jermain Defoe. Young sensation Davinson Sanchez continues to impress the boss by racking up confident and consistent performances ever since his move to Wembley.

In all probability, Eric Dier and Harry Winks will start the game. Dier will be expected to shield the backline. His defensive work-rate remains high as usual, which makes him a vital cog of this team. Harry Winks has impressed with his performances in a couple of opportunities this season. The consistency in his performances will be tested when he starts regularly for the first team.

Trippier will fill in the right wing-back role and Ben Davies will play as the left wing-back. Both of them will provide width in the attack and with Davies’ searing pace, it will be difficult for Bournemouth to restrain Tottenham’s attacking moves.

Harry Kane has roared back into form with a splendid September and it might just be an indication of things to come. Kane must be delighted after leading England to the World Cup next year and will look to resume his stupendous form for Spurs this week. Dele Alli will definitely start this game as he is suspended for Spurs’ clash against Real Madrid in the midweek.

Christian Eriksen might just be rested for the match as he overcame his illness to play for Denmark in the qualifiers. Also, a rest for him will do no harm as Son Heung-min will be more than happy to get a starting place in the lineup. The South Korean comes with his own bit of flair and creativity which will serve Tottenham’s purpose well. 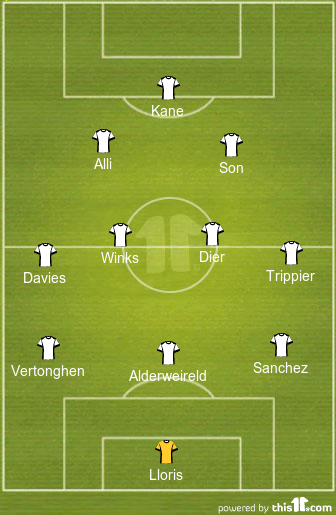 If you are unable to achieve an erection adequate for sex best place. 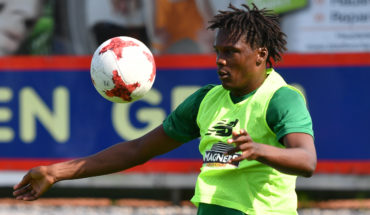