Manchester United and Real Madrid haven’t shared the best of transfer relations over the years. Both these clubs have seen some high-profile exchange of players but the relationship even during the highs has been cordial at best. However, amidst the usual tension surrounding the two clubs, the latest report states that Manchester United are lurking over the possibility of signing Toni Kroos.

The midfield general has been a pivotal figure in the Madrid setup, having been crucial in their hat-trick of Champions League victories. Kroos has always been linked with an exit move, despite the German not admitting to any of the rumours. However, with United looking to beef up their midfield, it is unsurprising to see probably one of the best midfielders in the European football to be linked with them.

Kroos is an excellent ‘regista’, someone who can ping accurate long-balls and delicate passes by stationing at the halfway line. For long now, Manchester United have lacked a midfield controller at the centre of the park. Kroos is someone who can decide the tempo of the game, dictating it through the weight and direction of his passes. He is very safe in possession, picking outright passes and has a vision that complements his widespread passing range too. Kroos has a good game-awareness too, is a good distributor of the ball, chooses his men well and occasionally storms ahead to bang in a powerful screamer too. According to Whoscored stats, Kroos scored five goals and assisted seven times in 27 league matches.

He even recorded a passing accuracy of 93.1% and hardly ever messed up with his deliveries from deep midfield. Kroos put up two tackles on an average in each game, which highlights the defensive aspect of his game to some extent. The German midfielder even delivered 2.4 key passes in each game and took 1.5 shots on target too. In the league, he sent in 1.7 crosses too, thereby fulfilling the role as that of a deep-lying playmaker. Moreover, his set-piece prowess is quite good too, having quite recently won Germany a game against Sweden in the World Cup through a memorable last-minute free kick.

Should Manchester United make a move?

If an opportunity to sign Kroos transpires, United, undoubtedly would be interested. Jose would be keen to inject more quality, stability, and experience to his midfield, and signing Kroos would be the ultimate moment of the transfer window. However, with the German at the prime of his career, there hardly seems to be a reason that Real Madrid would let go of him. Especially when they are preparing for a transition after Zinedine Zidane’s departure, Kroos will most probably be the central figure in the team. 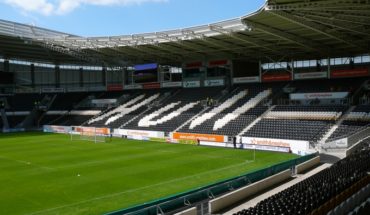