Premier League giants Manchester United are keen to sign a left-back this summer as Jose Mourinho looks to improve his defence for next season.

Youngster Luke Shaw’s future at the club is in doubt while Ashley Young is already in the final stages of his career. Therefore, the Red Devils are in desperate need of a left-back.

According to reports, Manchester United are ready to make a bid for Napoli’s Faouzi Ghoulam in the upcoming summer transfer window.

Faouzi Ghoulam, who is regarded as one of the best fullbacks in Serie A, has been one of the most consistent performers for Napoli in the past few seasons. With the likes of Luke Shaw and Daley Blind being widely linked with a move out of Old Trafford along with Matteo Darmian, a move for Faouzi Ghoulam could be an ideal step by the Red Devils.

The Algerian international, is in fact, one of the best fullbacks in Africa and could definitely prove to be a reliable choice for Jose Mourinho on the left side of the defence.

English international Luke Shaw has struggled with his lack of defensive abilities this season. The former Southampton prodigy also tends to get caught off-guard by the opposing attackers. While Ashley Young, on the other hand, has somewhat prevailed under Jose Mourinho, largely thanks to his impressive athleticism and work-rate.

But unlike Ghoulam, the 32-year-old lacks technical qualities, which may boost Manchester United’s build-up play whilst making them more efficient in the attacking third. And aside from his impressive technical qualities, the Napoli star is also quite strong, in one v one duels and is highly known for his fantastic positional sense.

In addition, Faouzi Ghoulam also seems like a better alternative as opposed to Danny Rose, who was initially the number one choice for the Red Devils, considering the fact that the latter is much more expensive. Tottenham Hotspur are asking over £50m for the services of the English international, who was out with a long-term injury for the most part of this season.

Ghoulam, on the other hand, is expected to cost around £20million-£30million with Manchester United already preparing a bid of £26m for the Algerian international, who is more than ready to take the next step in his career.

Hi, I do think this is an excellent web where to buy viagra cheap. 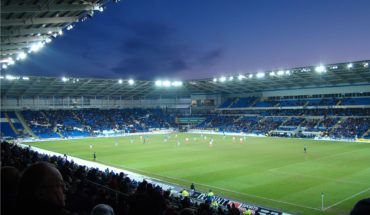