As per one of the latest reports by Birmingham Mail, Leeds United are interested in signing Liverpool’s Harry Wilson. Wilson is unarguably one of the hottest prospects in the game at the moment and apart from the Whites, Huddersfield Town, Rangers and Aston Villa are also monitoring him very closely.

Wilson emerged through the youth ranks of Liverpool and was shipped out on loan to Crewe Alexandra before making his debut for the Reds against Plymouth Argyle in the FA Cup third round replay on 18th January 2017. He spent the second-half of last season on loan with Hull City and managed to muster some impressive outings, which is why he has appeared on the radar of some big clubs.

In 13 appearances, Wilson smashed 7 goals and manoeuvred 3 assists in the Championship. He might not have been able to cement his place in the senior side of Liverpool but he showed his calibre during his loan spell with the Tigers. Capable of plying his trade on either wing, the 21-year-old is a commendable player with huge potential to offer. He knows the back of the net well and creates plenty of chances too.

Besides, he has the required pace in his legs to gallop past defenders with relative ease and crosses the ball into the box in a shrewd manner more often than not. Although he lacks notable experience in competitive football, his developmental process has been decent and he will only improve in the coming seasons. Apparently, Jurgen Klopp is ready to send the Wales international out on loan once again for him to garner more experience under his belt.

Leeds United were terrible in their endeavours during the 2017-18 campaign and could muster a forgettable 13th place finish in the league standings, having collected 60 points. The Yorkshire based outfit did start the season meticulously under the stewardship of Thomas Christiansen but their form took a nosedive as the season progressed.

Although Paul Heckingbottom was lured to the Elland Road to navigate the club in the right direction after the departure of Christiansen, the former Barnsley manager was miles away from achieving the targets of the club. The summer transfer window is going to be crucial for the Peacocks and beefing up their attacking arsenal holds huge importance. Someone like Wilson can bring some freshness and quality to the club and it would make a lot of sense if Leeds United make him sign on the dotted line. 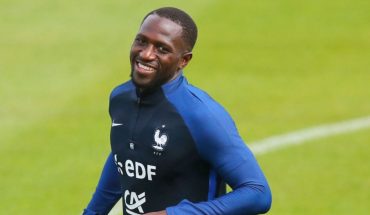