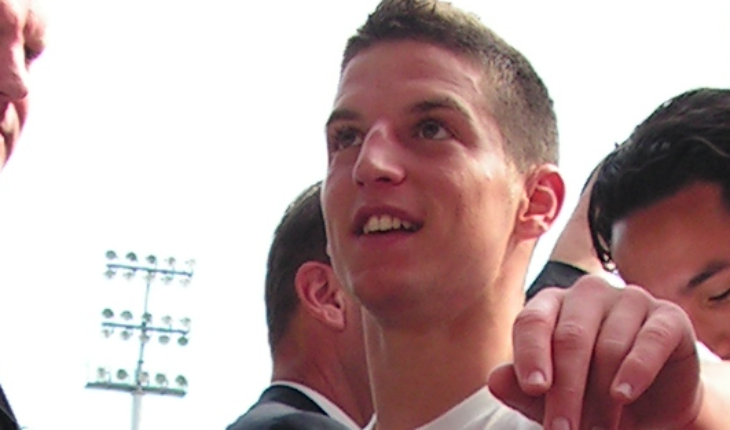 Napoli have been resurgent in the Serie A this season and Dries Mertens has been at the centre of everything good that has happened on the field. However, apparently the forward has shut down the contract negotiations and that has reportedly put Manchester United on alert. The Red Devils are currently basking in the satisfaction of a fabulous comeback victory against Manchester City at the Etihad Stadium.

That must have instilled a lot of confidence in the side but Jose Mourinho might look forward to signing some new players to effectively challenge for the title next season. Mertens is now being touted to move to Old Trafford and here we analyze whether or not this is a move which makes sense.

Mertens used to play on the wings and his role was largely confined to running up the flank and then putting in crosses and deliveries into the box. However, he was shifted to the centre-forward role ahead of this season. The results were enticing and hence he has been constantly considered as a striker at Napoli now. Mertens is very agile and strong on the ball, and his close control while on the move is also an added advantage. He makes intelligent runs into the box and is confident in one v one situation with defenders as well as goalkeepers.

His touch never lets him down as good control of the ball helps Mertens to maintain a good balance even when he gets hounded upon by defenders. In 31 appearances in the Serie A this season, Mertens has scored a remarkable 17 goals whilst also providing six assists to his teammates. He can score goals from all angles and that is another interesting aspect of his game. Mertens’ shooting from cramped spaces and tight angles are not always the most conventional way to go and hence the surprise factor helps him to get one over the opposition.

Do Manchester United need him?

If Alexis Sanchez hadn’t signed in January, my answer would have differed a bit. However, the Chilean is surely settling down at his new club and has looked like a player reborn in the past couple of weeks. Sanchez has regularly provided attacking and creative impetus whilst also finding the back of the net recently against Swansea.

Marcus Rashford and Anthony Martial are also waiting on the wings to feature regularly on the field but that has taken a pause following Sanchez’s arrival. Martial has proven constantly that he is the best finisher in the current crop of United forwards; however, the Frenchman is having difficulty in getting a look-in. United need to strengthen their midfield and central defence at first and hence any move for Mertens can be kept on hold as of now.