Manchester United have been handed a massive boost as Liverpool attacker Sadio Mane limped off in Senegal’s clash against Cape Verde. The injury means he’ll miss his side’s key game against arch-rivals Manchester United who are flying high.

Liverpool have had a pretty bad start to their season and the game against Man United can still act as a much-needed boost if they can manage to win. They still might, even without Mane, but considering his impact in the bigger games and his general output, Liverpool will now be short of a key player which has possibly come at the worst time considering their goal-scoring woes so far this season.

Manchester United’s defence have been pretty resolute so far, yet, the defenders will be a bit relieved they won’t have to face the fleet-footed Senegalese. His clash against Antonio Valencia might have been one to watch out for, but now, it’s likely Coutinho will be played in that role rather than a deeper midfield role.

How long is he out for?

The scans revealed that he could be out of as long as six weeks, which means he could only return by early December. With Adam Lallana and Nathaniel – two first-team players – already sidelined, the injury to Mane could compound Klopp’s problems in the coming month or so. 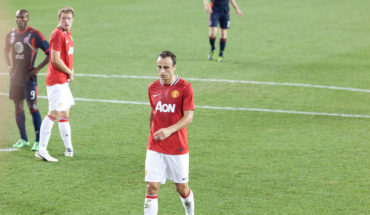