Chelsea were knocked out of the League Cup after their 2-1 defeat in the second leg of the semi-final at the Emirates Stadium yesterday. The first leg had ended in a goalless stalemate at the Stamford Bridge and despite getting an early lead against Arsene Wenger’s men yesterday through Eden Hazard’s goal they could not prevent the home side from making a dazzling comeback and book their ticket to the final against Manchester City at Wembley.

The Blues have to turn their attention to the FA Cup now as they are due to host Newcastle United on Sunday.

Here is how we expect Antonio Conte to roll out his starting line-up against Rafael Benitez’s troops.

Thibaut Courtois was sidelined during his side’s last three games across all competitions due to his ankle injury. In his absence, Willy Caballero did a fine job and can hardly be blamed for two goals that Chelsea conceded against Arsenal. But given that Courtois is back in training once again, he is expected to make a return between the sticks against the Magpies.

Ahead of him, we expect to see a defensive wall of three men, comprising of Gary Cahill at the heart of their defence in place of Andreas Christensen, as the Englishman is back in contention once again. To his left, Antonio Rudiger is expected to make yet another start whereas Cesar Azpilicueta is likely to pull his laces to nullify the attacking endeavours of Benitez’s men from the right side of the defence.

Instead of Victor Moses, we expect to see Davide Zappacosta being placed at the right-wingback slot to showcase his industry whereas, in the left-wingback position, Marcos Alonso is likely to be given the nod to start by Conte.

Although Cesc Fabregas is expected to make a return for the fixture, the Spaniard isn’t likely to be rushed back into the starting line-up. Conte might prefer keeping the partnership of Tiemoue Bakayoko and N’Gole Kante intact as these two are more than capable of shielding the backline by effecting shrewd tackles and interceptions and can also dictate the tempo of the game from the middle.

From the left-wing, Eden Hazard should start and he is certainly one of the first names in Conte’s first XI. The Belgian international has notched up 8 goals and 2 assists in 20 Premier League games and would be keen to add to his overall tally. In the right-wing, we expect to see Pedro lining up in the absence of Willian after the latter was forced off the pitch against the Gunners this midweek.

Alvaro Morata is still a doubt for the clash against the Toon as he is nursing his back injury. Even if he is given the green light, it would be wise to keep him on the bench. Thus, Conte might be tempted to operate with Michy Batshuayi up front to lead the attacking line of his side. 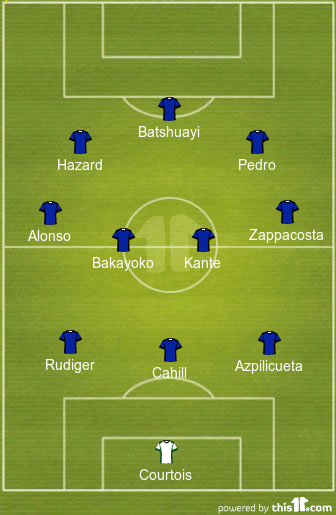 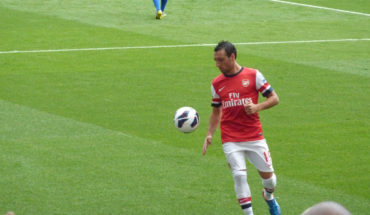