Manchester United travel to Selhurst Park to face Crystal Palace on Wednesday evening after their derby day heroics at Old Trafford in the Premier League.

The Red Devils enjoyed a 2-1 comeback victory over cross-town rivals Manchester City last weekend thanks to goals from Bruno Fernandes and Marcus Rashford. The result saw them move to third in the table but Newcastle United’s 1-0 win over Fulham on Sunday brought them back to fourth in the table, although Erik ten Hag’s side are now just one point behind Man City.

With five league wins on a trot, Ten Hag’s side are brimming with confidence and will head to Crystal Palace as favourites.

Marcus Rashford picked up a knock to his hip in the Manchester derby but he soldiered on and completed the game. Anthony Martial is doubtful for the match against Crystal Palace as he was subbed at half time after lacking full fitness.

Diogo Dalot missed the win over Man City and is unlikely to be available for the trip to Crystal Palace. Jadon Sancho also remains out with fitness concerns, while Donny Van de Beek has been ruled out for the rest of the season with a knee injury.

New signing Wout Weghorst trained with his new Man United teammates on Sunday and will hope to make his debut at Crystal Palace.

David de Gea has been one of Man United’s impressive performers this season and deserves to keep his place in goal.

Erik ten Hag could have one eye on the big game against Arsenal coming at the weekend and ring changes to his squad. In defence, he could restore Harry Maguire and Lisandro Martinez, with Raphael Varane and Luke Shaw being rested. 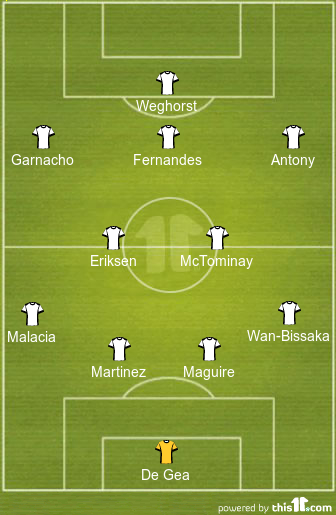 As Diogo Dalot is injured, Aaron Wan-Bissaka is a certainty to start again at right-back as he faces a tricky test against his former colleague, Wilfried Zaha. On the other side of the defence, Tyrell Malacia is expected to get the nod again.

Up ahead in midfield, Ten Hag could make a couple of changes to keep his squad fresh and fit. Casemiro could make way for Scott McTominay after the Brazilian came off in the closing stages of the Manchester derby with a minor thigh strain.

Christian Eriksen, who was ineffective in the No.10 role against City, is likely to return back to his original deeper position in central midfield and partner McTominay in midweek, with Fred dropping down to the bench. Bruno Fernandes should operate in the No.10 role, hoping to make a difference in the final third with his creativity, pressing and movement.

Marcus Rashford is United’s most important player right now and he proved it further by scoring the winner in the Manchester derby. However, he played with the pain barrier last weekend and Ten Hag is unlikely to risk him from the start against Palace, meaning Alejandro Garnacho may get a start on the left flank.

Antony came off the bench against City but is expected to start on the right wing, with Wout Weghorst leading the attack right away for Ten Hag’s side. Rashford and Martial could come off the bench at Selhurst Park if needed. 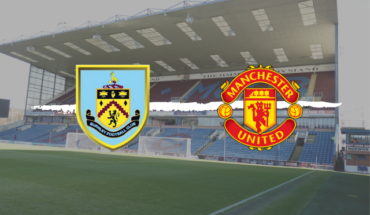 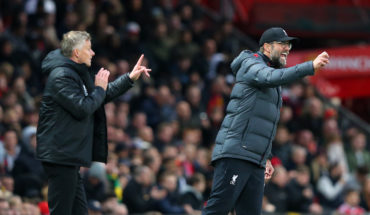