Manchester United are reportedly considering a move for France and Atletico Madrid star Antoine Griezmann following his impressive displays at the 2022 World Cup.

The 31-year-old forward has produced a fine run of performances to help his nation qualify for back-to-back finals, as Les Blues aim to be the first nation since Brazil in 1958 and 1962 to win consecutive World Cups. He has been excellent in an unusual midfield role in Qatar, repaying manager Didier Deschamps’ faith with consistently good displays with three assists already to his name in six games.

The fact that Atletico Madrid are no more in the Champions League means they could opt to cash in on some of their top stars to balance their books. And Griezmann is one who could be offloaded in January, with the Frenchman set to return to Atletico on a high after an impressive World Cup.

Following Manchester United’s decision to terminate Cristiano Ronaldo’s contract in November, it is no secret that manager Erik ten Hag is looking to bring in another forward. Ten Hag recently went on record to claim that the club is actively looking to sign a new forward in time for the January transfer window.

That time is nearly upon us and following an outstanding World Cup campaign with France, Antoine Griezmann has fallen on Man United’s radar again. Griezmann only rejoined Atletico Madrid on a permanent deal from Barcelona in the summer of 2021. This campaign the French star has been used more sparingly by Diego Simeone, with just 11 starts in 21 appearances yielding six goals and five assists so far.

At 31, Griezmann has shown at the biggest stage in Qatar that he still has a lot of gas left in his tank. However, the fact that the Atletico man plays in and around the striker or in a deeper midfield role makes it hard to see where he fits in exactly under Ten Hag.

Ten Hag has Bruno Fernandes and Donny Van de Beek in the No.10 role, while Christian Eriksen has thrived in a deeper midfield role alongside Casemiro. The likes of Fred and Scott McTominay are also options in the middle of the park. And while Griezmann can operate in the No.9 role, he is not as effective in that position.

If Marcus Rashford is used through the middle—something that Ten Hag has done this season in Anthony Martial’s injury absence—Griezmann could become an option to play off the left wing. The 2018 World Cup winner has played in that position before but, again, it is not where his best performances have come from for club and country.

On paper, it looks difficult for Griezmann to fit into Ten Hag’s team. Moreover, he has a contract with Atletico that expires in 2026 and will not come cheap. As a result, it will be in Ten Hag and Man United’s best interests to avoid signing Griezmann and look at other forward options to bolster their attack. 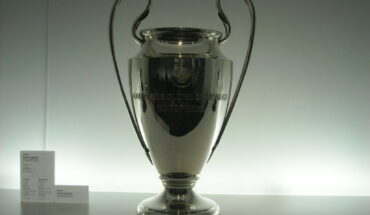