Liverpool could reportedly make a move for Real Madrid winger Marco Asensio in the January transfer window. Asensio moved to the club in 2014, and has won a number of trophies with the Spanish giants.

TodoFichajes have reported that the Reds could sign Asensio in January for a fee of around €35 million. The report states that Asensio wants to move away from the Bernabeu to get his career back on track.

Premier League rivals Arsenal also had the Spaniard on their radar, but it remains to be seen if they will return for him in January.

Asensio has two years remaining on his current deal at the club. The 25-year-old has played nearly 200 times for Real Madrid in all competitions, scoring 37 goals and assisting 22 times.

Marco Asensio to Liverpool – Can he replenish their attack??

Marco Asensio burst onto the scene a few years ago under Zinedine Zidane and made a big impact on the Madrid team. His direct running and dribbling, and his ability to pick out teammates with a clever pass made him a key player under the former Madrid manager.

But, under new manager Carlo Ancelotti, Asensio has found games tough to come by as their styles don’t seem to be congruent. He has yet to start for Madrid this season with the Italian manager preferring Gareth Bale on the right.

With the likes of Lucas Vazquez, Rodrygo, and Vinicius in the ranks, as well as the rumoured arrival of Kylian Mbappe, Asensio’s future at Real Madrid might not be tenable.

He could, though, restart his career elsewhere and could have a few suitors waiting to sign him. Liverpool could be a good destination for him, where he could get more game time and improve the Reds’ chances at winning silverware. Asensio likes to take on opposition defenders, beat them with his pace and dribbling ability and put in crosses, while also thread through passes between the lines.

The 25-year-old is a smart player who could fit into the Liverpool style of play and give manager Jürgen Klopp a different option on the right. The future of Mohamed Salah is up in the air as the Egyptian hasn’t agreed to a new contract at the club.

Klopp and co. will have to find a replacement and groom him if the club is not able to sign Salah to a new deal. While it will be asking a lot for Asensio to replicate Salah’s goal-scoring and assists, he could chip in with a few and set up more goals.

Even if Salah doesn’t leave the club, it would be a blithe disregard for the squad depth if the Reds don’t sign someone to replace Xherdan Shaqiri. Asensio has vast experience, has the speed and dribbling to fit into Liverpool’s style of play, and is still just 25 years of age. He would be a good signing for Liverpool and Klopp in the summer. 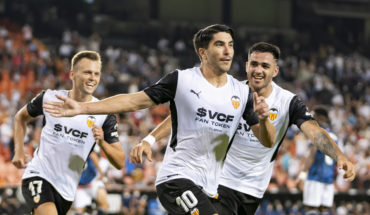