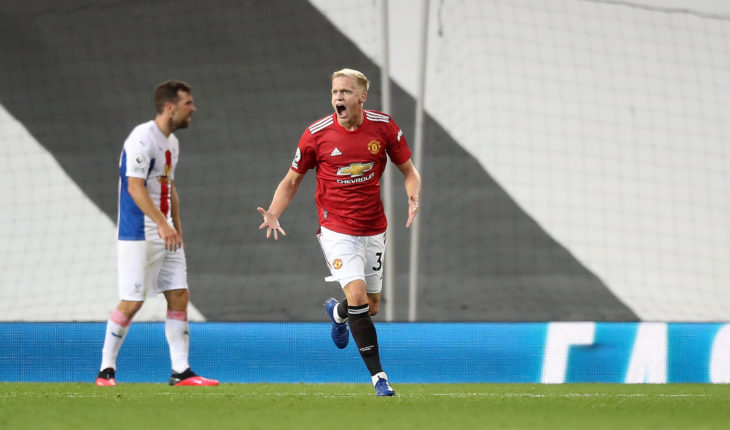 Manchester United return to European competition when they host Turkish side Istanbul Basaksehir. The Red Devils lost their last Champions League match against tonight’s opponents in Turkey. They are top of Group H with 6 points from three games and will take one step closer to qualification for the knockout stage with a win against Basaksehir.

Ole Gunnar Solskjaer’s men were lucky to come away with all three points over the weekend when they faced West Bromwich Albion in the Premier League. They may not be as lucky in the Champions League if they put in a similar performance as Basaksehir have already shown how dangerous they can be.

Ole Gunnar Solskjaer revealed that Phil Jones and Luke Shaw are out due to injury, while Jesse Lingard is self-isolating after coming in contact with a COVID-19 infected. Mason Greenwood returned to training on Monday but might not be risked from the start.

Paul Pogba could return to the squad after missing the weekend’s game due to injury.

Dean Henderson got his first Champions League start last time around against Basaksehir and he could start once again ahead of David de Gea.

Harry Maguire and Victor Lindelof played at the back for United against West Brom and we could see the duo continue there.

Axel Tuanzebe is an option at the back as well and will replace Lindelof if he plays.

Alex Telles and Aaron Wan-Bissaka should play at left-back and right-back respectively in the Manchester United lineup, while Brandon Williams is an option in the full-back position.

Fred and Nemanja Matic played over the weekend and we could see them both be rested for this game.

Scott McTominay, who was a second-half substitute against the Baggies, could start in the Manchester United lineup. Donny van de Beek should feature alongside McTominay in central midfield.

Bruno Fernandes should play as the No. 10 for the Red Devils thus constituting a fairly attack-minded midfield. Paul Pogba is another option and could slot in any of the offensive midfield roles.

Edinson Cavani could get his first start for Manchester United on Tuesday, replacing Anthony Martial up top. Daniel James could also get a start on the right side ahead of Juan Mata, while Marcus Rashford could play on the opposite wing in the Manchester United lineup. 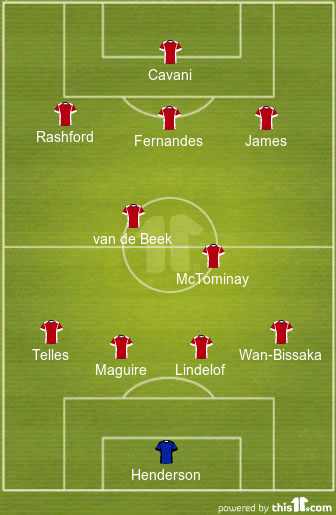