Manchester United have already added a star player to their squad this January as they managed to land Chilean winger Alexis Sanchez from Arsenal earlier this month. But Jose Mourinho is not totally convinced with the options he has and might look to add another player to his side before the deadline day.

Marc Bartra Up For Sale:

According to reports from Spanish news outfit Marca, German outfit Borussia Dortmund will consider offers for the 27-year old this month. La Liga outfit Real Betis are front-runners for his signature but the story claims that Manchester United and Juventus are also interested in his services.

Marc Bartra And His Attributes:

Having joined the academy at Camp Nou back in 2002 as a teenager, Bartra broke into the senior side in 2010 and spent six long years, winning a number of trophies with the Spanish giants, before being shipped off to Borussia Dortmund in 2016.

In his six years in Spain, the 27-year old managed just 59 La Liga appearances and never managed to cement a place in the starting XI. Since his move to Germany, he has 31 Bundesliga appearances and is once against struggling to establish himself in the first team.

A centre-back who can also put in a shift at right-back, Bartra has made just nine starts this season but has been in decent form, picking up two goals and an assist. Known for his strength and hold-up play and ability to win the ball in the air, the Dortmund man is a smart footballer, whose positioning and understanding of the game makes him a solid centre-half.

He is pro-active and quick to win the ball back and what makes him even more dangerous is his accuracy in passing from the back. He is adept at playing short passes and taking the ball out of danger, even in congested areas and is a player who has proved himself against the best strikers in Germany and in Spain.

He also has 33 UCL appearances to his name and at just 27, is still to hit his top form. But is he the right man for the Red Devils?

It is evident that Jose Mourinho is not too impressed with summer signing Victor Lindelof, who is struggling to get into the first team, even in the absence of Eric Bailly, who has missed a fair bit of the season so far. Neither Phil Jones nor Chris Smalling seem to have filled the manager with confidence, which has pushed him into the transfer market yet again.

Bartra has, in a sense, failed to fulfil his potential till now and a final major move in his career, that also to a technically astute coach as Mourinho, might do him a world of good and transform him as a player. 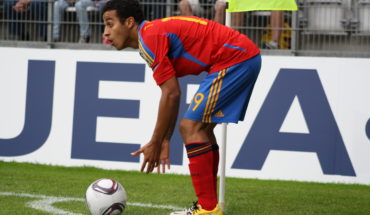