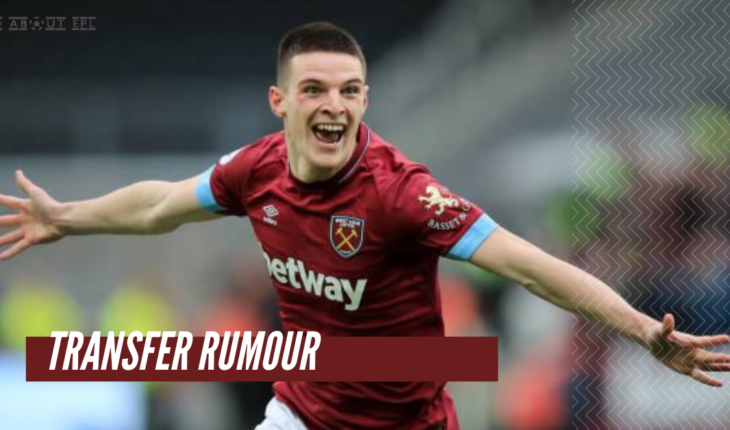 Chelsea are reportedly interested in bringing back Declan Rice to the club from West Ham United. Rice was a product of the Chelsea youth academy, who was released by the club in 2014 when he was 14 years of age.

As per The Sun, the Blues could put in a bid of over £40 million for the 21-year-old defensive midfielder and the club are confident of bringing him back to Stamford Bridge. Chelsea apparently believe that the Hammers could sell their prized asset for the right amount as they are struggling for funds.

Declan Rice, who has made over 110 appearances for the Hammers, still has four years remaining on his current deal with the club.

Over the last 18 months, Declan Rice has transformed himself into one of the best defensive midfielders in the Premier League. Despite playing in a struggling West Ham side, Rice has put in impressive performances, including the recent one against Wolves where the Hammers won the game 4-0. The 21-year-old is an England international, having played 9 times for his national side.

Rice is a player who is tall, strong and athletic, able to get around the pitch quickly to nullify opposition attackers and being an imposing figure in front of the Hammers backline. He has formed a decent partnership with Tomas Soucek in the middle of the park.

The Englishman, who has previously played at centre-back, could be the perfect player for the current Chelsea team. The Blues are sensational going forward, thanks to their attacking riches, but are poor at the back, as was evidenced by their first-half performance against West Bromwich Albion. Rice could give the Chelsea backline the perfect screen, and could replace Jorginho in the starting lineup.

The 21-year-old can slot in front of the back four at Chelsea and give the full-backs the licence to attack and wreak havoc in the opposition half. He could also slot into the centre-back position if Lampard wants to rotate his defenders or play him as part of a back three. At 21 years of age, Declan Rice has already shown great promise and he could potentially become a very good defensive midfielder in the Premier League. This is a no-brainer for the Blues.