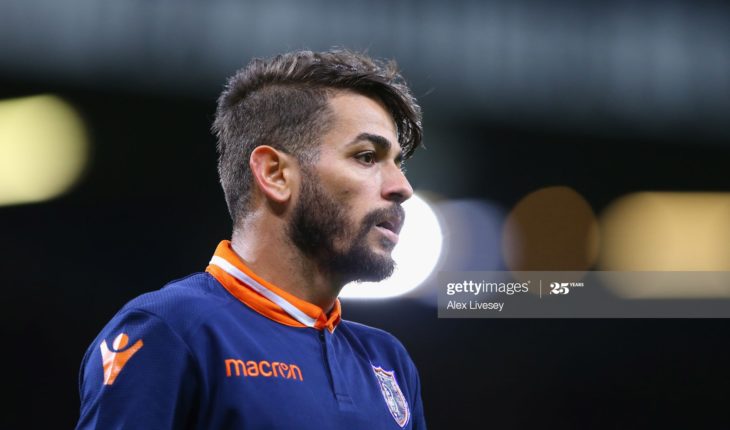 West Ham United are eyeing a move for Basaksehir right-back Junior Caicara. The 31-year-old Brazilian full-back has been an important part of the Turkish club for the last three years, having joined them in 2017 from Schalke.

According to The Sun, the Hammers are one of two Premier League clubs interested in Caicara, with newly-promoted West Bromwich Albion also interested in signing him. He is reportedly valued at around £3 million. Russian side Zenit St.Petersburg are also keen on signing the Brazilian.

Junior Caicara is entering the final year of his contract with Basaksehir, but the club does have the option to extend his contract by a year. He has made over 135 appearances for the Turkish club since his debut in 2017.

Junior Caicara: The right-back they need?

West Ham United, after narrowly escaping relegation under manager David Moyes, will have to strengthen their team significantly in this transfer window. The Hammers will be looking at bolstering a couple of positions while at the same time, try and keep hold of their prized possession, Declan Rice.

Junior Caicara could be a useful addition to the West Ham United squad. The 31-year-old is an attack-minded defender who can play at full-back or wing-back and likes to bomb forward at every opportunity. He has also played on the opposite side at left-back.

Caicara is a confident passer, who does not shy away from taking the odd risk in building attacks and going forward. He keeps the ball well, with an average of 81.1% pass completion in the Turkish league, while he also likes to play the ball long, averaging 2.2 long balls per game. He is also decent defensively, averaging 2.2 tackles in the league last season.

The Brazilian also has Europa League experience, having played 36 times in the competition. The right-back would offer more in attack for West Ham, something Fredericks has failed to add to his game. Even though the latter is expected to be first-choice, the 31-year-old could help in adding depth while at the same time, push for a starting spot for at least a couple of seasons.

His experience, attacking intent, as well as passing makes him a good option for West Ham United ahead of the 2020-21 season. And given the touted transfer fee, this seems to be a deal which will not involve a huge amount of risk.

Share to the accused will be cooper cheap viagra for sale viagra work faster, commonly referred to as the “little blue pill” was the first erectile dysfunction medication to be approved by the US.