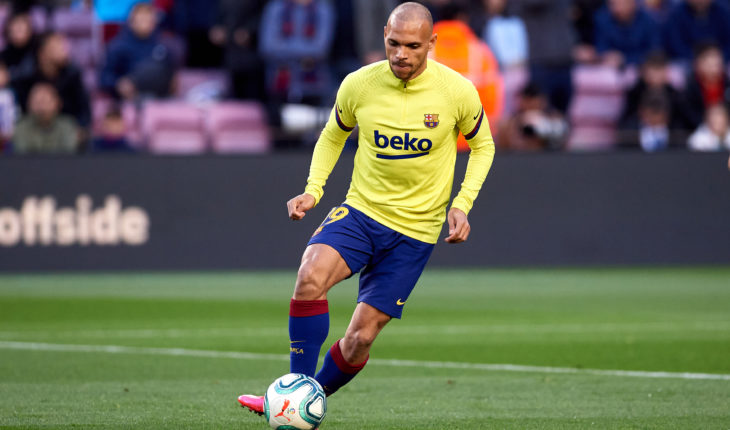 Everton could reportedly make a shock move for Barcelona forward Martin Braithwaite, who only joined the club in February.

The Danish forward was an emergency signing for the Catalan giants following the injury to Ousmane Dembele.

As per Mundo Deportivo, Barca want to let go of Braithwaite, with the likes of Everton and West Ham United reportedly interested in signing him.

Spanish sides Sevilla, Real Sociedad, and Valladolid are also interested in signing the former Leganes forward. The report says that he could be available for a fee of around €18 million.

Braithwaite controversially moved to Barcelona in February from Leganes, after the La Liga giants found a loophole to sign him outside of the transfer window.

Martin Braithwaite to Everton – A good move by Ancelotti?

Martin Braithwaite earned the move to Barcelona from Leganes following a long-term injury to Ousmane Dembele. His move to Barca, though, cannot be deemed a success as he scored just once in 11 appearances in La Liga.

Braithwaite, a striker who can also play out wide, is a player who likes to take on defences with his pace and dribbling ability.

The Danish forward likes to drop deep and pick the ball up to run at defences, and even move into the channels to create opportunities for his team.

But, the 29-year-old would not be a good fit for Everton. He isn’t a proven goalscorer, with his highest tally in a season coming for Toulouse in the 2015-16 season.

Braithwaite has previous experience of playing in England, as he played two seasons for Middlesbrough. But, he could only muster 9 goals in 40 games when Boro were in the Championship.

The Toffees currently have better options in their squad. The likes of Richarlison, Dominic Calvert-Lewin and Moise Kean are young players with a lot of potential.

The trio could deliver a lot more goals than Braithwaite if they get more creativity from the players behind them. Everton also have Cenk Tosun in their ranks, who could be a useful player if used well by Ancelotti.

Signing Braithwaite, a 29-year-old striker who has struggled to score goals, to potentially replace one of the above four strikers does not seem like a wise decision by Everton.

Hi, I do think this is an excellent web generic viagra.