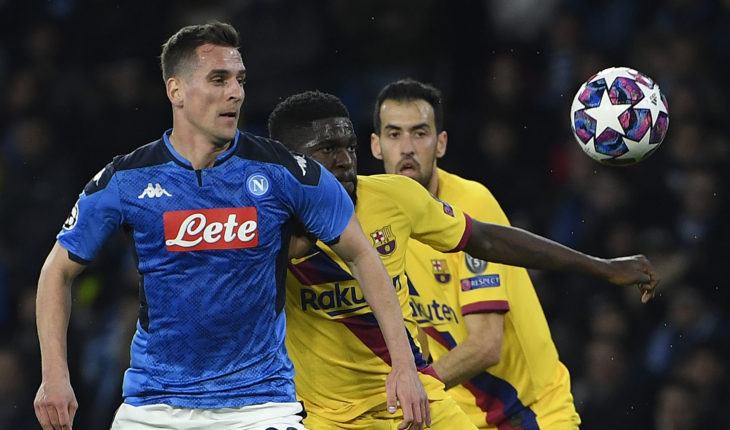 Arsenal are reportedly interested in signing Napoli striker Arkadiusz Milik. The Polish forward’s contract with the Italian club expires next summer, and with him available on a free by next year, Napoli are willing to let him leave this summer.

La Repubblica have reported that Napoli could allow the 26-year-old to leave the club for a fee of £45 million.

Milk has been with the club since 2016, having joined the club from Ajax for a fee of €35 million.

Arsenal have two good forwards in Pierre-Emerick Aubameyang and Alexandre Lacazette, so why should they go after Milik?

Let’s take a look at 3 reasons why Arsenal should sign the Polish forward:

#1 Replacement for Aubameyang and Lacazette

There have been many reports doing the rounds that Arsenal’s experienced strikers, Pierre-Emerick Aubameyang and Alexandre Lacazette, could both leave the club in the next transfer window.

Aubameyang’s contract with the Gunners expires next summer, and the Gunners will not want to lose him on a free transfer, while Lacazette’s poor form could see him leave the North London side.

Arsenal need a strong replacement, one who could replace the goals and experience that Aubameyang and Lacazette boast of. Milik, who is just 26, could be a key part of the Premier League side for the next five years or so.

He has already played for good teams in Europe, and also has the Champions League experience on his CV.

Milik has scored plenty of goals wherever he has played. In the 2019-20 season, the Polish international has scored 12 goals in 22 games in all competitions, taking his tally at Napoli to 46 goals in 109 appearances.

The instinctive centre-forward averages 3.4 shots on goal per game in the 2019-20 Serie A season, and gets into good goal-scoring positions.

The Polish forward is a good finisher in and around the box, and would perhaps be a better option than Lacazette upfront, although Aubameyang has a much better record.

Milik is an all-round striker, who can drop deep and influence the game, run at defenders, using his pace and strength to make an impact in the final third.

The left-footed forward has played as the main striker as well as a second striker, while also briefly playing on the right wing.

His strength and speed are his key traits, apart from his strong left foot, which makes him a player who can cause problems on the transitions. These traits make him a good option to lead the line for the Gunners next season. 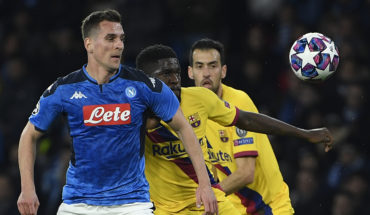