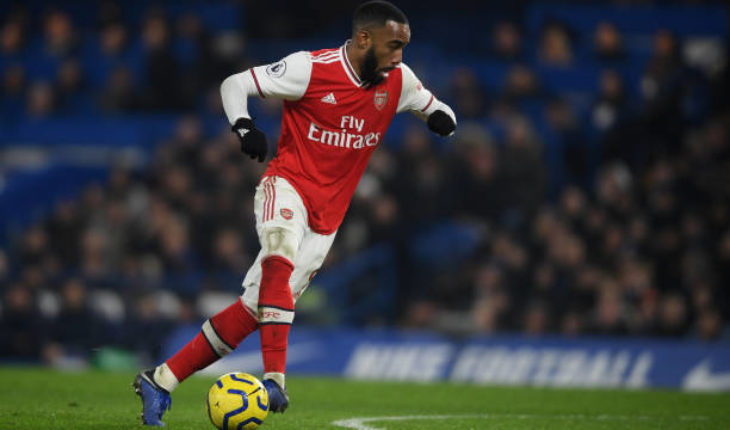 Spanish side Atletico Madrid are keeping tabs on Arsenal forward Alexandre Lacazette, who could be a target for them in the summer. The French striker has had a poor season and could be on the chopping block in the summer.

According to Mundo Deportivo, Atleti are tracking the 28-year-old striker, who was their second option in the last winter transfer window after PSG forward Edinson Cavani.

The report goes on to say that Lacazette was set to join Atletico before his move to Arsenal, but the Spanish side’s transfer ban scuppered a potential deal.

Lacazette, who joined the Gunners in 2017 for a fee of £52.7million, has made 114 appearances for the club, scoring 45 goals and registering 21 assists. The Frenchman’s contract with Arsenal expires in 2022.

What should Arsenal’s play be regarding Alexandre Lacazette?

Lacazette has had a poor season, scoring just 9 goals in 26 games in all competitions. The 28-year-old has competition from the likes of captain Pierre-Emerick Aubameyang, and youngster Eddie Nketiah.

While Aubameyang can be played out on the wing, a role that he has played for the majority of the season, Nketiah’s good form in the forward role, having scored 3 goals in 7 games, will worry Lacazette.

Manager Mikel Arteta needs to overhaul his squad completely in the summer, as he needs to strengthen in several areas of the pitch, including up front.

Lacazette should be allowed to leave the club if a club comes in with a good offer for him as he has been inconsistent and has not progressed over the last year or so.

The Frenchman’s goals have dried up after a good couple of seasons with the north London club. Arteta should bring in a player that fits his system, and one that is young and hungry to do well for the club.

While it is too early to play Nketiah as the first-choice striker, he can be groomed into that role, and could play second fiddle to a more experienced forward.

Lacazette does not have a future at Arsenal, and it’s time the Gunners let him leave to give them the funds to sign a replacement as well as players in other areas of the pitch.