Home
LEAGUES
English Premier League
Chelsea
Newcastle Linked With A Transfer For Former Chelsea Ace: What Will He Add To The Team? 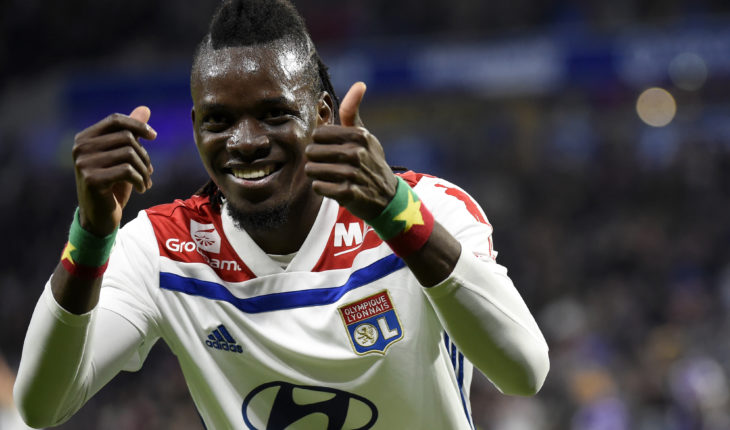 Traore, who previously played for Chelsea, has been with the French club since 2017, and has made over 120 appearances for the side.

As per FootMercato, Lyon could be forced to sell some of their best players after the Ligue 1 season was cancelled, and Traore is one of the players who could leave.

Newcastle United are one of many clubs looking at the 24-year-old closely. The likes of Bayer Leverkusen, Real Betis, and Sevilla are also interested in the Burkina Faso international, who has done well after leaving Chelsea three years ago.

Traore has scored 33 and assisted 17 goals for Lyon in 125 appearances for the club. He has also made over 50 appearances for his national team, having debuted at the age of 15 for the senior team.

Bertrand Traore – What will he add to the team?

Bertrand Traore is a right-winger who likes to cut in and move into central areas with his confident dribbling ability as well as his pace.

He likes to take on defenders from the right side of attack, using his stronger left foot to put in crosses and passes, or shooting at goal. The wiry winger averaged 1.4 dribbles per game in the 2019-20 league season.

Traore is also a player who likes to shoot at every opportunity, and he averaged 1.6 shots per game in Ligue 1. He is a quick and clever winger, who drives at defences, while also possessing the ability to pick out players with his passing.

The former Chelsea attacker would be a decent addition to Newcastle United, who desperately need pace and directness in their play in the final third.

Allan Saint-Maximin has added that to the left side of the Magpies’ attack, but they will need that over on the right side too. Miguel Almiron played on the right side for the majority of the season, but he is a player that is more suited in the No. 10 role in the team.

Newcastle United, who will have new, wealthy owners soon, will have to invest wisely in a mix of young players with potential and experienced players, and it is the former role that Traore will fit into.

Traore could be a smart buy by the Magpies, and they could get him for a bargain due to the difficult financial position that Lyon are in.