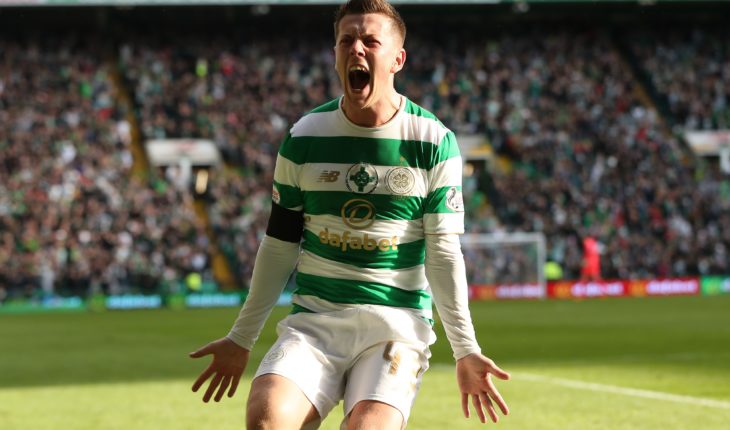 Leicester City are reportedly keen on signing Celtic midfielder Callum McGregor, who has had a great season for the Hoops so far.

According to The Herald Scotland, Celtic are willing to let McGregor leave the club for a fee of around £25million.

McGregor’s contract with Celtic expires in 2024, after he signed a new deal last year, but the report states that The Hoops will find it difficult to turn down an offer of £25million.

The 26-year-old Scot, who has come through the ranks at Celtic, has made over 250 appearances for the Scottish club.

McGregor has scored 47 times and made 56 assists in all competitions for Celtic, with 11 goals and 10 assists coming this season. He is also a Scottish international, having played 18 times for the national team since his debut in 2017.

McGregor has improved significantly over the last few seasons, and his change in form happened during Brendan Rodgers’ reign as Celtic manager.

The midfielder likes to play on the front foot, always looking to pass the ball forward and create openings by dissecting the opposition defence with his passing.

Capable of playing as a defensive midfielder, central midfielder, or attacking midfielder, McGregor pushes forward at every opportunity and would do well in the Premier League with his drive.

McGregor has the vision to pick out passes, while also having the ability to drift forward, dribble, and shot or cross. The Scotsman is an all-round player who can attack, create, and defend.

Leicester City have several talented midfielders in their ranks, with the likes of Wilfred Ndidi, Youri Tielemans, Dennis Praet, and James Maddison.

Maddison has been Leicester’s most creative player, but there has been doubt about his future at the Foxes. McGregor could be an ideal replacement for Maddison, playing alongside Tielemans and Ndidi in midfield.

McGregor’s passing, movement, and energy in midfield will allow him to fit in very well in the Leicester City midfield, who have played some good football this season.

The Scot would bring a lot of experience to the Leicester midfield, as well as goals and assists. Even if Maddison stays at the club, McGregor could fit in midfield, with Maddison moving to an inside forward role on the left.

Signing McGregor would add more quality and depth to the Leicester City midfield.