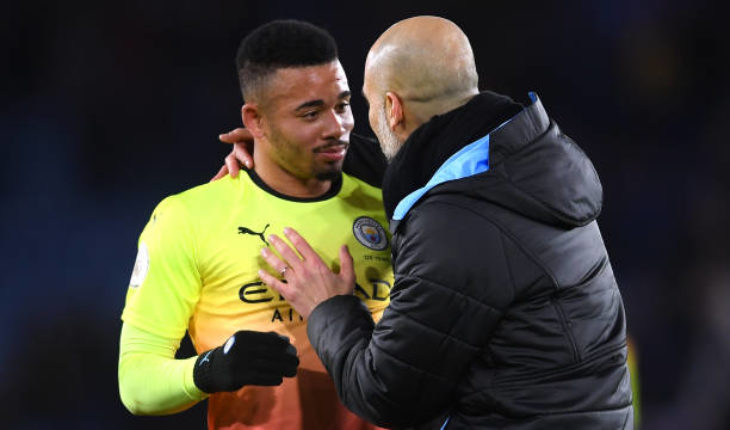 Manchester City striker Gabriel Jesus could exit the club in the summer as Italian club Juventus are interested in signing him. The Brazilian was earmarked to replace City legend Sergio Aguero, but he hasn’t quite lived up to expectations till now and doubts have emerged this season whether he can take up the mantle long-term.

Tuttosport are now reporting that Juventus could make a bid of around €70 million for the 22-year-old, while the Italian giants are also tracking Inter Milan’s Mauro Icardi, who is currently on loan at Paris Saint-Germain. The report states that Juve manager Maurizio Sarri is a fan of Gabriel Jesus, who has played second fiddle to Aguero since moving to City from Palmeiras in 2017.

The Brazilian international moved to the English side in 2017 for €33 million and has gone on to win the Premier League, FA Cup and League Cup. He has made 134 appearances for City, scoring 61 goals and providing 25 assists which are handsome figures especially for someone who has had a question mark attached to him throughout regarding his future at the club. His contract with the club expires only in 2023.

Gabriel Jesus: Should City sell if a sizeable offer comes in?

Jesus’ goalscoring record at City is pretty good for a second-choice striker, but he does not seem to have won over manager Pep Guardiola. The 22-year-old is a player that can bring teammates into play, hold the ball up well, and play quick passes, but his finishing in front of goal is inconsistent and we were provided fresh evidence in City’s 2-0 win over West Ham United where Gabriel Jesus missed a hatful of chances which should have been put away with relative ease.

Tipped to be Sergio Aguero’s successor, he may be running out of time to show if he can truly step into the Argentine’s shoes. City need to rejuvenate their squad to compete with Liverpool, and they will need a new striker to compete with Aguero. A quick and skilful striker like RB Leipzig and German forward Timo Werner could be a great fit at City, and they could use the funds from the sale of Jesus to buy a player of the quality like Werner.

City should sell the striker if they get the rumoured fee that Juventus are willing to pay, as they would get twice as much as what they paid for him. But, City need not sell him on the cheap as Gabriel Jesus is contracted with the club for the next three years, which will allow the club to negotiate hard with potential suitors and also give him the required time and opportunity to truly stake a claim as the first-choice striker at the club.