For the second straight season, the Premier League will kick off with a London derby as Arsenal travel to Selhurst Park to take on Crystal Palace on Friday.

The Gunners slumped to a 2-0 defeat to Brentford on opening day last season and will hope to avoid the same fate this time around.

Mikel Arteta’s side are in a buoyant mood after a successful pre-season in which they registered comprehensive victories against Chelsea and Sevilla. They will hope to carry that form into Friday’s game against Palace and get their Premier League campaign up and running.

The last time Arsenal and Palace locked horns, the Eagles cruised to a 3-0 win thanks to goals from Jean-Philippe Mateta, Jordan Ayew and Wilfried Zaha.

Mikel Arteta will likely be without new signing Fabio Vieira, Kieran Tierney, Emile Smith Rowe and Takehiro Tomiyasu for this game. The quartet are all nursing minor injuries and are unlikely to be risked even if they do make the squad.

Premier League football is back.

New signings Gabriel Jesus and Oleksandr Zinchenko are expected to make their competitive debuts, as is William Saliba, who spent last season on loan at Marseille.

Aaron Ramsdale was a revelation in his first season with Arsenal. He was the club’s second-best player, after Bukayo Saka, and he will look to kick on in this campaign. Ramsdale kept two clean sheets in three pre-season games.

With Tomiyasu expected to miss out, Ben White will likely start at right-back. This will pave the way for William Saliba to make his Arsenal debut, alongside Gabriel Magalhaes in central defence. The pair looked solid when playing together in pre-season.

Oleksandr Zinchenko will make his Premier League debut for Arsenal at left-back, in place of Kieran Tierney, who is nursing an injury.

Thomas Partey and Granit Xhaka developed a strong partnership in central midfield last season. Xhaka’s passing range and Partey’s ability to beat the press will be key against a high-intensity Palace side.

Martin Odegaard will take up his usual No. 1o role. The Norwegian has been handed the captain’s armband for the season and will have a point to prove.

Bukayo Saka and Gabriel Martinelli are expected to start on the flanks. Saka was the only Arsenal player to feature in every single league game last season and was named the club’s Player of the Season.

Martinelli blew hot and cold last season and will be hoping to develop more consistency. The Brazilian is quick and direct and can cause plenty of problems for the Palace defence with his movement and darting runs.

Gabriel Jesus will lead the line for the Gunners after a blistering pre-season campaign. The Brazilian, who arrived from Manchester City in a £45m deal, netted seven times in pre-season, including a hat-trick against Sevilla. 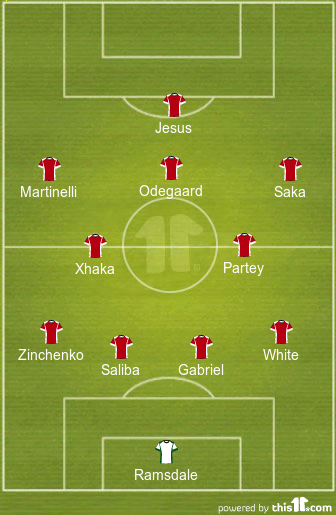 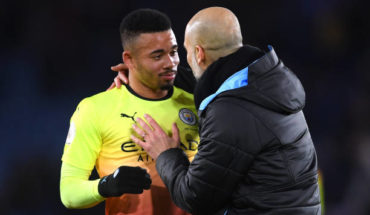 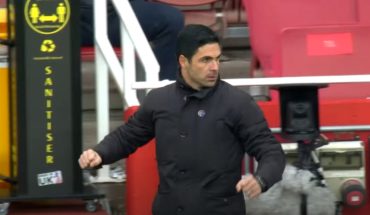