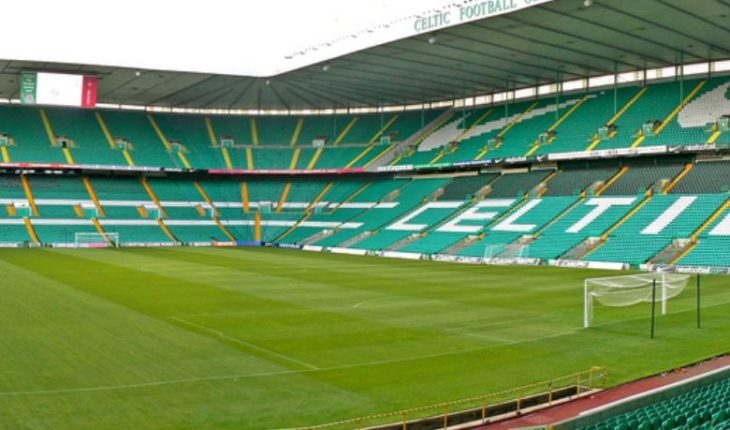 In their first game of the new calendar year, Celtic will make a trip to the Firhill Stadium as they are scheduled to face fellow Glasgow side, Partick Thistle, in the fourth round of the Scottish Cup on Saturday.

The Celts, following their 1-2 defeat at the hands of Rangers at the Celtic Park, had spent their winter break in Dubai. They must be finding themselves revitalized and ready to go for the second half of the season.

Ryan Christie will serve the first of his three-game ban and will be unavailable for selection. New signing Patryk Klimala is fit but he might not be rushed into the starting lineup this weekend by Lennon.

While Hatem Abd Elhamed is on the treatment table owing to his groin injury, Jozo Simunovic is on his way of recovery from a knee injury. Neil Lennon will also be without Mohamed Elyounoussi as he is out with a foot injury.

Manchester City loanee Daniel Arzani is close to making his return to fitness following his return to training. Mikey Johnston, however, has suffered a fresh injury setback and is expected to miss out against Ian McCall’s troops.

Ajer and Forrest are doubts and will be monitored ahead of the game but we are expecting them to make the cut.

Fraser Forster is expected to start in goal as usual for the Bhoys. The custodian has been in a rich vein of form between the sticks and Lennon might refrain from pulling him out of the starting lineup.

Kristoffer Ajer and Christopher Jullien have been relied upon heavily and these two are set to start in the central defence. The winter break must have given them the time to regroup in order to come back stronger.

While Jonny Hayes could be summoned for the upcoming fixture to start from the left-back position, Jeremie Frimpong could get the nod to start as the right-back in the Celtic lineup.

Scott Brown and Callum McGregor could be deputized in the central midfield to cushion Celtic’s backline. Both of them are valuable players for their side and will be desperate to make their presence felt against the Jags.

Although Tom Rogic has returned from an injury, Olivier Ntcham could start as the central attacking midfielder in the Celtic lineup. He has to link-up with his offensive teammates shrewdly and create regular goal-scoring chances.

Odsonne Edouard is expected to lead the line as he is the undisputed first-choice striker. Marian Shved and James Forrest could start on the flanks to complete Celtic’s attacking trio. 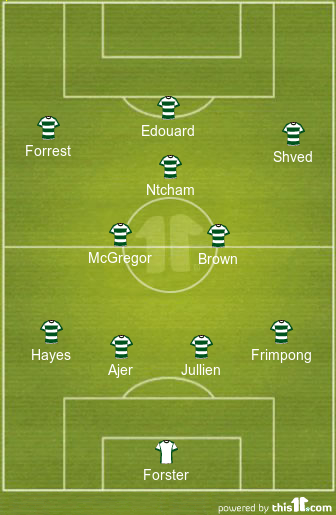 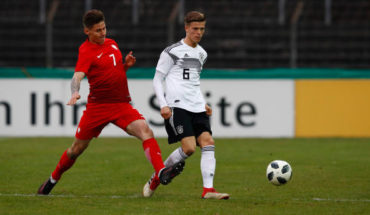