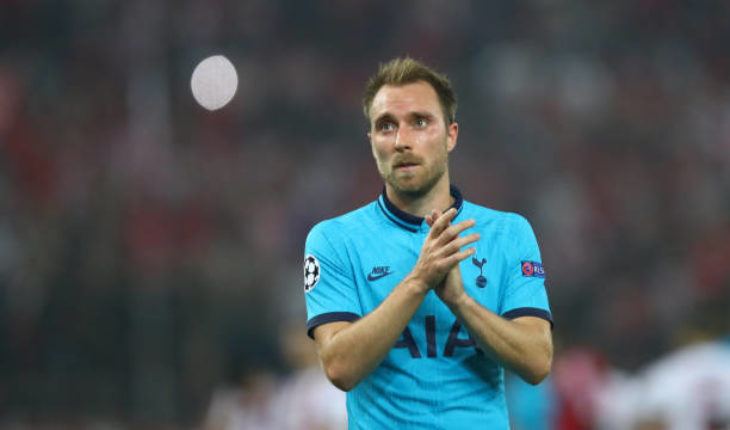 Barcelona have reportedly joined the race to sign Tottenham Hotspur midfielder Christian Eriksen, who is set to leave the north London club. The Danish international’s contract is set to expire in the summer and it’s certain that he will leave in this transfer window, or on a free when the season ends.

As per Sky Sports, the Catalans have now enquired about possibly signing him in the current transfer window. Inter Milan have been heavily linked with a move for the 27-year-old midfielder and have placed a bid of £11 million as per the same report. Spurs reportedly want £17 million for Eriksen in the January transfer window.

The Dane has been with the club since 2013, having joined from Dutch side Ajax. After making over 300 appearances for Spurs, Eriksen has decided to part ways with the club.

Christian Eriksen: Will he be a good fit?

Barcelona will need an overhaul and bringing in some fresh faces under new manager Quique Setién will be a priority. The midfield, in particular, needs a rejig soon as the likes of Arturo Vidal and Ivan Rakitic could see the exit door at Nou Camp in the near future.

The Catalans signed Frenkie de Jong last summer after the Dutchman impressed for Ajax, and he is regarded as one of the stars of the future from the current Barcelona team. Arthur is another player who could be a part of the Barcelona team for the next few years, but his inconsistency and injuries may be a worry.

But while new faces will be welcomed in the near future, the signing of Christian Eriksen may not be the right decision by Barcelona at the moment. The Danish midfielder’s stock and form have fallen over the last year or more, which has partially reflected in the way Spurs have performed. Christian Eriksen is no longer the innovative, match-controlling player that he was, and there’s a big chance that his best days might be behind him, even though the Dane will turn only 28 in February.

Barcelona need to sign a long-term replacement for Sergio Busquets while adding one quality player in the advanced midfield position. Christian Eriksen may not be ideal for either of those roles at present. Setién could also give more opportunities to highly-rated midfielder Riqui Puig, who was brought back to the senior squad following his appointment as manager of the club for the time being before deciding whether he wants to go for a big-name player in the summer.