Tottenham Hotspur had a good outing in the Premier League last weekend as they recorded a 3-2 win over a resilient West Ham United side. Harry Kane and Christian Eriksen got on the scoresheet as Spurs survived a late scare to secure all the three points.

Tottenham now travel to Cyprus to play against APOEL FC. Tottenham triumphantly won against Borussia Dortmund with three goals to one in their previous Champions League encounter. Mauricio Pochettino will miss a number of his first-team stars and will get to assess his bench strength.

Here is our Tottenham Hotspur predicted starting XI for the match against APOEL.

There is a slight possibility that Vorm can replace Lloris for this match. But Pochettino might not want to tinker in this position at this stage.

The new recruit will start this match as he is bound to miss the next Premier League match after being sent off in the last game.

His physicality as well as tackling and constant runs on the flanks might prove to be tough to tackle for APOEL.

Davinson Sanchez is slowly repaying the amount of money that Spurs spent on him by racking up some consistent performances.

He will have a good chance to prove his worth in the elite European competition this week.

The Belgian is likely to start with Vertonghen suspended. Alderweireld had a fairly decent match against West Ham a couple of days ago and remains an important part of this team.

Though primarily a right-back, the young academy graduate can play in the left-back position too and is quite a versatile player.

Dier will provide cover and solidity to the back four and is a crucial part of Tottenham’s team. The English international remains calm and composed while playing in a deeper midfield role.

The 21-year old has been largely used as a substitute this season and would be looking forward to getting some more game time.

The South Korean has been underused this season since the Spurs shifted to an attacking three formation with Pochettino favouring Eriksen over Son-Heung Min.

We might see a shock start for this almost forgotten French star and if he is indeed given an opportunity, he will want to grab it with both hands.

The Frenchman might find himself in an advanced position due to a number of absentees.

The Spanish striker was brought to provide some cover to Harry Kane and has been used wisely by Pochettino so far. He is a regular threat in front of the goal and his aerial ability is the best in the squad.

He will try to make good use of Alli and Son’s creativity to get Tottenham an early advantage in the contest. 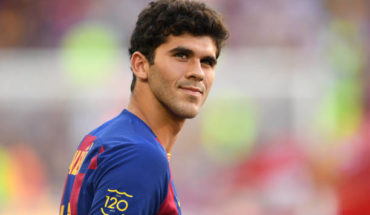