Tottenham Hotspur face Norwich City on Saturday, and they could move into the top four if they win and Chelsea lose in their game to Arsenal.

Spurs managed a come from behind win against Brighton in the previous game, and will hope to keep the heat on Chelsea, who have been inconsistent in the last month or so.

Jose Mourinho’s men have won 5 of their last 7 league games, and they are expected to win once again when they face the Canaries, who are currently bottom of the league.

Mourinho has three players suspended for the upcoming game. Son Heung-Min is serving a three-match ban for his red card against Chelsea, while Harry Winks and Moussa Sissoko picked up their fifth yellow card of the season against Brighton. Hugo Lloris and Ben Davies are expected to miss the game against Norwich.

Let’s take a look at the possible Tottenham Hotspur lineup for the game against Norwich City:

Paulo Gazzaniga should continue as the goalkeeper in the absence of Hugo Lloris. He made a few routine saves and Brighton.

We could see Jose Mourinho continue with his same back four of Serge Aurier and Jan Vertonghen as the two full-backs, while Toby Alderweireld and Davinson Sánchez could play in the centre-back roles.

Juan Foyth is an option at centre-back if Mourinho decides to rest either of his two central defenders, while Danny Rose is an option at left-back, although he has barely featured under Mourinho.

The suspension to Winks and Sissoko for this weekend’s game means that Mourinho will have to recall Eric Dier to the Tottenham lineup.

Dele Alli should continue in his No. 10 role, having scored once again, in the last game against Brighton if he is passed fit for the game. He looked a bit jaded towards the end of the previous game.

Harry Kane should start as the main striker for Spurs, with Lucas Moura starting on the right. Ryan Sessegnon started on the left last time around, but he had a quiet game.

We could maybe see him be replaced with Giovani Lo Celso or Christian Eriksen, with Alli moving over to the left side. Erik Lamela is another option in attack. 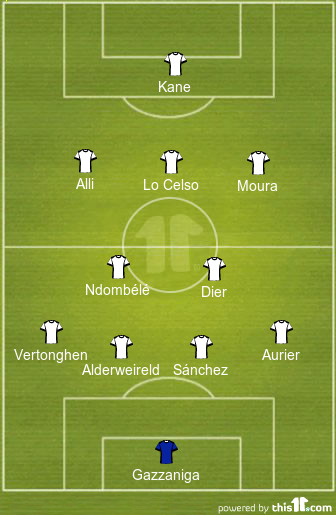 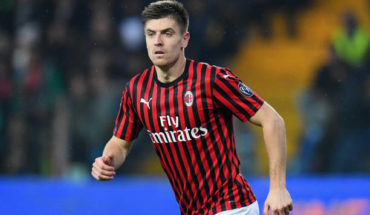 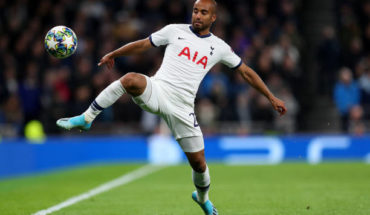