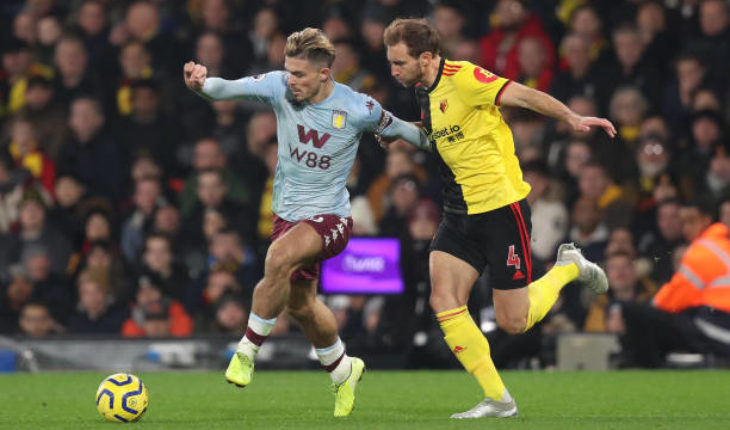 Another ‘six-pointer’ game in a row for Villa, however, they have fallen short again. Having been brushed aside by Southampton that rallied for a win against Norwich City. But, the festive period joy ended there.

With Watford holding their home ground like a fortress, brushing the ball around like they were a top of the table side. Aston Villa aided this style of play, offering no pressure that was so existent during the Norwich game three days prior. Watford ran out 3-0 winners at Vicarage Road.

To be fair, Villa did deserve to be level at half time instead of trailing. Wesley missed a golden opportunity seven years out. The Brazilian heading down to Foster’s left-hand side, making the veteran pulling out a reflexion save to be proud of. The joys and shots on target needed there for Aston Villa.

Watford hit the lead on the 42nd-minute mark with Sarr testing the ‘keeper before Deeney placing the ball under an outstretched Tom Heaton. The Hornet’s fans ruptured into cheers knowing how important that goal was. Watford led 1-0 at the break.

Villa offered as much resistance to Watford as a League 2 side. They were in shambles and should hang their heads low for such a dire performance. To my mystery, why Dean Smith is playing Ezri Konsa and Ahmed Elmohamady ahead of the likes of Bjorn Engels and Fredric Guilbert is beyond my logic.

Watford lost Adrian Mariappa to a second yellow card in the 57th minute when he brought down Henri Lansbury. He made no contact with the Villa man, however, having coped a yellow earlier his intent when he went in caused the referee to draw a second yellow on the Hornet’s defender.

Nathaniel Chalaboh was substituted after fourteen minutes on the field to make way for Craig Dawson to shore up the backline. One would think that the sending off would benefit Aston Villa. It did not. The Hornets felt the momentum was only just gearing up and they ran with it.

Troy Deeney doubled the lead in the 67th minute for the home side from the spot. Douglas Luiz bundled him over needlessly in the box causing a penalty. The Hornet’s Legend dispatched the shot down the middle. The goal was momentarily looked at due to a Matt Targett injury. VAR ruled over the cries for an appeal from Dean Smith and his players.

On a quick break, set up by Capoue’s hard work extended the lead for Watford. Ismaïla Sarr smashed home a ball on the volley from a Capoue dink cross. Villa players again cried out to the referee to what looked like an obvious mould on Villa captain Jack Grealish. VAR again not supporting Villa on the pitch – again.

Watford too strong for a poor Villa side. The three games in 11 days worked for Watford but proved too much for Aston Villa. Villa remain 18th with their victors in the spot behind them, three points behind. Now four points clear of bottom side Norwich City.

Man of the Match: Troy Deeney

Other studies have shown conflicting results, but this treatment has potential ﻿viagra