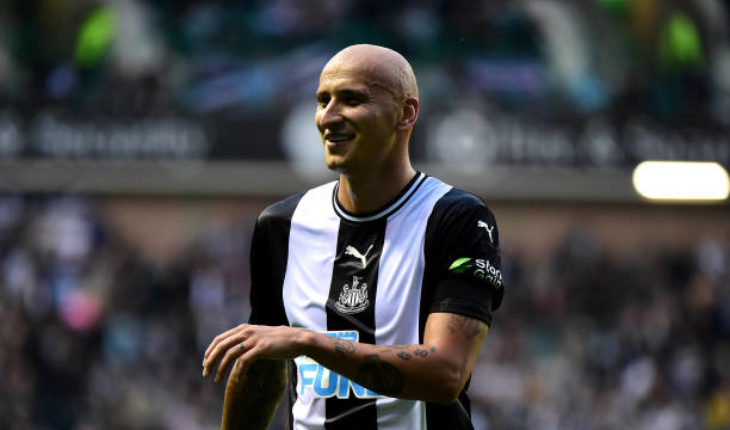 Newcastle United played one of their best games of the season last weekend when they defeated West Ham United 3-2 at the London Stadium. The Magpies’ third win of the season took them four points above the relegation zone.

Steve Bruce’s men host Bournemouth at the St. James’ Park on Saturday, with the away team coming into the game after a morale-boosting win against Manchester United.

The last time these two sides met at St. James’ Park, the hosts won the game 2-1, thanks to a brace from Salomon Rondon.

Sean Longstaff will not feature in the Newcastle lineup against Bournemouth as he serves the second of his three-match ban. Florian Lejeune is still out and will not be fit for the game against the Cherries.

Fabian Schar missed last week’s game due to a sore knee and will return after the international break. Matt Ritchie gives him company on the sidelines.

Martin Dubravka had a good game against West Ham despite letting in two goals. He will start against Bournemouth.

Fabian Schar’s absence means that the trio of Federico Fernández, Ciaran Clark and Jamaal Lascelles should start in defence and will look to shore things up at the back.

Jetro Willems should start at left wing-back for the Magpies after impressing once again and was probably the best player for Newcastle against West Ham, landing one assist.

DeAndre Yedlin will start at right wing-back in the Newcastle lineup.

Sean Longstaff will miss the game due to suspension, while his brother Matty was an unused substitute last time around and is set to continue on the bench.

Jonjo Shelvey was in superb form in his first start in nearly two months, scoring a goal for his side.

He should start in midfield alongside Isaac Hayden. Miguel Almiron should start on the right, while Allan Saint-Maximin should play from the left, after his explosive display against West Ham.

Joelinton hasn’t scored since August but registered an assist last time around against West Ham. He should start against Bournemouth. 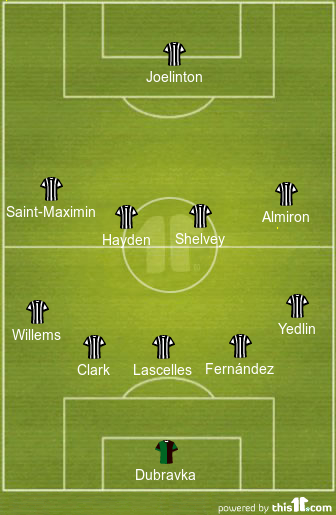