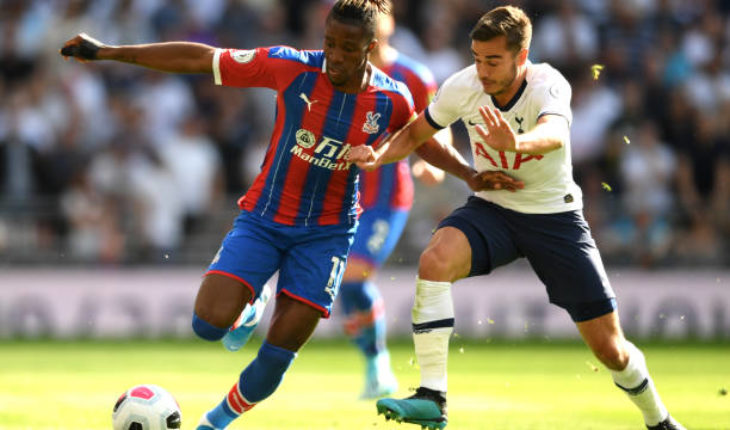 Wilfred Zaha has been linked with a shock return to Manchester United, in a move that would see him move from Crystal Palace to Old Trafford for the second time in his career.

The Ivory Coast international moved to Old Trafford in 2013 and was Sir Alex Ferguson’s last signing, although he did not get to play under the legendary Scottish manager.

According to The Sun, United could make a move for the 26-year-old for a fee of around £70 million. Zaha was linked with a move to Arsenal in the summer, but the Gunners signed Nicolas Pepe instead.

The Ivorian then signed a new deal with Palace last year, which will see him at the club till 2023.

Zaha seemed set to move out of Palace in the summer, with several clubs reportedly interested in signing him. But, he stayed at Palace as the Palace management felt none of the bids matched their valuation of Zaha.

He has made over 330 appearances for Palace in his two spells for the club, scoring 53 times and 67 assists. Last season was his best for the Eagles as he scored 10 and assisted 10 in all competitions.

A good move by Manchester United to go after Zaha?

Zaha has grown as a player since his disappointing spell at Manchester United. The attacker has become Palace’s most important player and has been one of the key ingredients to Palace’s survival in the Premier League over the last few seasons.

Although he hasn’t scored yet and assisted just twice this season, he has contributed to Palace’s decent start to the 2019-20 Premier League season.

The Ivorian’s pace and dribbling ability have been very useful in counter-attacking situations for Palace, while his creativity has allowed other attackers to blossom.

Manchester United need a player like Zaha in their attacking ranks, a player who can play on both wings, as well as upfront.

Zaha would be a good signing, but it would be a surprise if the Ivorian would be willing to make the switch to Old Trafford after his last spell at the club, and considering that the Red Devils aren’t the same force they once were.