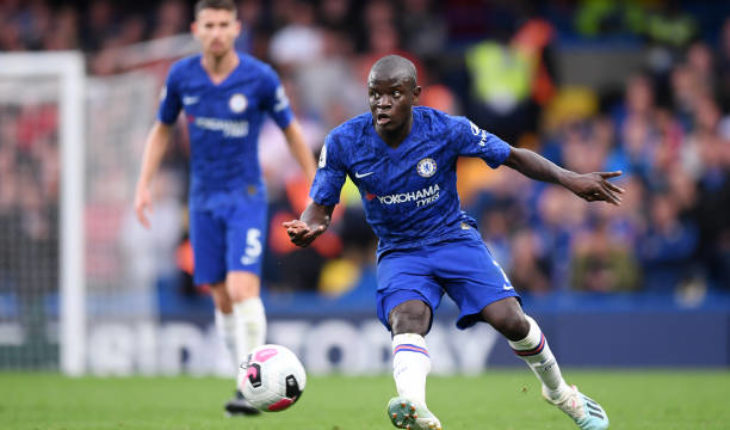 Former Liverpool player Jason McAteer wants the Reds to sign Chelsea midfielder and World Cup winner N’Golo Kante and calls the Frenchman the “final piece in Jurgen Klopp’s jigsaw”. Kante has won two Premier League titles, first winning with Leicester City and followed it up the next season with a title win with Chelsea.

While speaking to Racing Post, McAteer said that Kante along with Fabinho is one of the best defensive midfielders in the Premier League. Kante joined Chelsea in 2016 from the Foxes for a fee of £32 million and has a contract with the club till 2023, having signed an extension last year.

The French midfielder has made nearly 150 appearances for Chelsea in all competitions and has won the Premier League, Europa League and FA Cup with the Blues. He was also an integral part of the French football team that won the 2018 World Cup in Russia.

N’Golo Kante, without a doubt, is one of the best defensive midfielders in Europe, having been an influential figure in both Leicester City and Chelsea’s recent title wins. The 28-year-old would be a great addition for most teams in Europe and would walk into most starting XIs among Europe’s elite.

Kante would make for a great addition to Jurgen Klopp’s side, but there may be quite a few stumbling blocks in bringing the Frenchman to Anfield. Firstly, Chelsea would not want to let him go, after having signed a new deal just last year. The Blues hold all the cards in any possible deal and could demand an astronomical fee from Liverpool or any other potential suitors for Kante.

Jurgen Klopp also has far too many midfielders at the moment to fill just three positions in the team. The German manager’s first-choice midfield options are Fabinho, Georginio Wijnaldum and captain Jordan Henderson, while the likes of James Milner, Naby Keita, Alex Oxlade-Chamberlain and more recently, Adam Lallana, are the choices that Klopp has. Adding another midfielder to the squad would ruffle a few feathers among the current crop of players, who are in no way lacking talent themselves.

Then there is the issue of playing Fabinho and Kante together. Kante struggled and wasn’t at his best when played in a little wider role under Maurizio Sarri last season, and there could be the possibility of that happening at Liverpool if they play Fabinho and Kante in the same team.

Kante would certainly add depth to the Liverpool squad, as well as provide competition to Fabinho, but, at the moment, it seems like a deal will be highly unlikely given the flaky attacking depth Liverpool have (which needs more urgent attention) and the fact that Chelsea have recently lost their talisman in Eden Hazard.