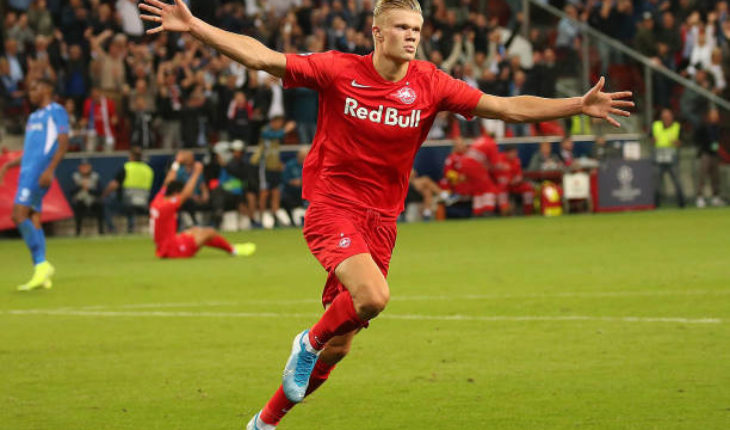 Having made a perfect start to their Premier League campaign, Jurgen Klopp’s Liverpool are now the team to beat in England. They look a formidable outfit from back to front, but the squad at Anfield still has a few issues that need to be solved in the long run.

The lack of depth is something Klopp will look to improve on in the next transfer windows and one player they are now extensively linked with is young Erling Braut Haaland who has set the UCL on fire this season.

As reported by Daily Star, Liverpool and Tottenham Hotspur are interested in Haaland, who is one of the most exciting teenagers on show in Europe this season but is he the right man for Liverpool?

Erling Braut Haaland and His Rise to Fame:

Born and brought up in Leeds, the 19-year old is the son of former Leeds United and Manchester City star Alf-Inge Haaland.

But the youngster plays his football for Norway and spent three years at clubs in the country before joining Austrian outfit Red Bull Salzburg just this summer. And he has hit the ground running in the Bundesliga, registering 11 goals in just seven league starts.

He has 18 goals and five assists in 11 games across all competitions and is one of the very few players who has managed to score an equaliser at Anfield in the last few months.

An excellent finisher with the will to run himself into the ground, Haaland is an energetic forward, who loves to play on the shoulder of the last defender. He is quick and smart with his movement, is hard to mark in and around the box and is strong in the air and in hold up play, making him a complete striker.

Haaland is athletic, can score goals from different angles and ranges and is a striker that can make even a half creative player look like a genius.

At just 19, he has the world at his feet and playing under the tutelage of Klopp could be too huge a chance for him to pass off.

The report suggests that Liverpool could make a move for him in January or next summer. While it makes little sense to halt his progress mid-way through the season, Haaland is such a prospect that The Reds are better off trying to sign him up at the turn of the year.

The numbers he is registering will certainly increase interest in him from all around Europe and Liverpool already have a struggle on their hands to land the sensation.

The Reds have Divock Origi and Rhian Brewster as the only real backup options for Roberto Firmino in the first team and from what he has shown, the Norwegian star will surely challenge the duo for a chance in the first team.

He has more than three years left on his current deal with Salzburg but he ticks most boxes in the recruitment policy for FSG and Klopp and Liverpool should do all it takes to land him in the upcoming transfer window.

It makes a lot of sense for the player and the English club to agree on a deal in January but to let him stay in Wals-Siezenheim till the end of the season.

Erling Braut Haaland could be a genuine match-winner in years to come and will only make this Liverpool squad even stronger which makes this a deal certainly a viable one for all the parties involved.