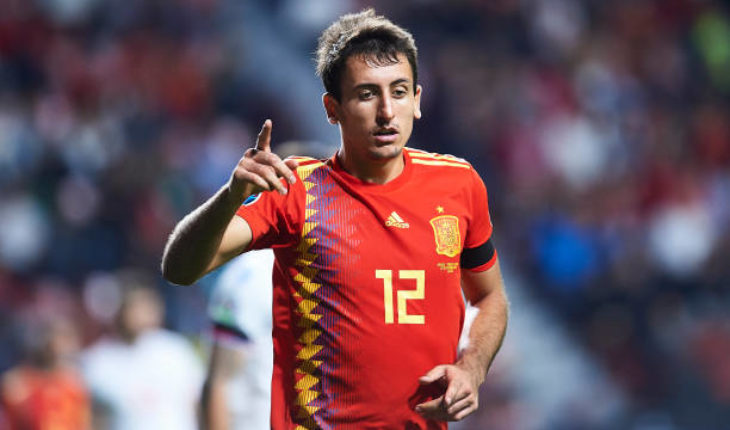 With star winger Leroy Sane’s long term future at the club in doubt, Manchester City are already looking at potential replacements for the German.

Reports from Teamtalk now claim that they have identified young Mikel Oyarzabal as the right man for the task at Etihad.

Oyarzabal is currently out injured but should return before the end of the year. He does have over four years left on his current deal but is he the right man for City?

Arguably one of the trickiest wingers in world football at the moment, Sane was crucial in each of the last two league winning campaigns for Pep Guardiola.

Since joining the club in 2016, he has 25 goals in 89 appearances for the club, but has been sidelined with an injury this season.

His quality in and around the box has seen Bayern Munich show an interest in a move this summer but City managed to keep hold of him for another year.

Sane’s movement and pace along with his technique have troubled even the best of defenders in the league and it is no surprise that the German giants are desperate for his signature.

Oyarzabal, who has four goals and three assists in nine La Liga starts this season, is equally as effective in front of goal but in build-up play, he hardly matches the quality of the City star.

The 22-year-old Spaniard has a keen eye for goal and is capable of playing in a central role as well. But he is at his best, cutting inside from the flank and testing the ‘keeper, while also looking for passes to break the backline.

However, he is not a player who can win games on his own, at least not yet, and the lack of exposure at the highest level will also be an issue in replacing a player of Sane’s quality.

At his age, he has the potential to be a superstar and could be a revelation under Guardiola but for the progress of the club, he might not be the best player to replace Sane.

Why This Move Makes Sense

However, there is every chance that City will lose Sane to Bayern come the end of the season and there are very few players in the transfer market that can walk into the squad and do a similar job.

While most City fans want the likes of Jaden Sancho to replace Sane in the first team, Oyarzabal’s quality cannot be undermined.

His versatility, age and potential are all too huge for City to let go of a chance to sign him.

In the next few years, City will also have to replace the likes of Sergio Aguero and David Silva and will have to spend big in either case. So it does make sense to try and lure Oyarzabal at a cheaper price, adding numbers and quality to the squad.

But if they do sell Sane in January, Oyarzabal might just be the best option for Guardiola.