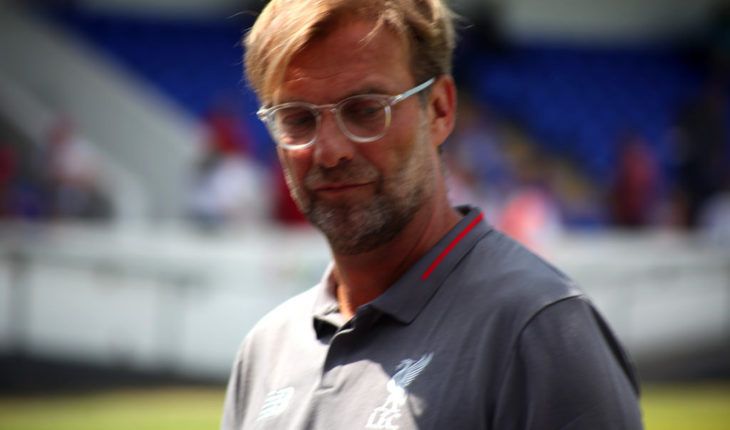 Real Sociedad forward Mikel Oyarzabal is tipped for a move to Liverpool in the summer after a magnificent display in the European U-21 Championship in Italy.

According to a report from the Daily Mirror, the former La Real player, Alberto Lopez proposed the Spanish youngster’s next possible destination to be Anfield seeing it will be difficult for the Spanish club to hold on to him for long.

The 22-year-old rose through the ranks at Anoeta and was promoted to the club’s senior side way back in October 2015.

Recently, he was part of the triumphant U-21 Spanish side and played a vital role in their spectacular win in the European Championship.

He managed 2 goals and 1 assist, which came in the final against Germany, in 5 appearances in the competition.

Should the Reds make a move for him?

The Merseyside club let go of one of their veterans in Daniel Sturridge this summer and a forward’s addition to the Reds frontline could provide a major boost to the dressing room.

The Spanish international is a highly versatile operator capable of playing all across the frontline.

He primarily features on the left and often switches flank or moves in centrally at times to find space in the final third.

The 22-year-old has an eye for goal and boasts the ability to put the ball into the back of the net himself or set up a teammate.

He plundered 14 goals and made 4 assists in 41 appearances managing 1.7 shots and 1.2 key passes per game across all competitions last term.

His movement, game intelligence and positioning make him stand apart from many youngsters in a similar age category.

His technical superiority and excellent decision-making skills over the course of 90 minutes turned many heads last campaign with many scouts and managers keeping close tabs on the young Spaniard.

Oyarzabal’s passing skills and defensive contributions have also been decent but understandably have scope for improvement which is likely to happen with more exposure in the future.

He averaged a pass success rate of 74.9% along with 1 tackle, 0.4 interceptions and 0.6 clearances per game across all competitions last season.

Reds boss Jurgen Klopp would enjoy the Spaniard’s versatile nature as it will allow him to be tactically flexible against certain oppositions.

His addition will also increase the squad depth and will allow the German manager to rotate the squad in an efficient manner thus reducing the chance of fatigue and injuries to some degree.

All in all, it sounds like a shrewd choice and he can join the list of Spaniards in Fernando Torress and Xabi Alonso who also moved to Anfield at a similar age, the latter securing a move to Merseyside from the same La Liga club as well.