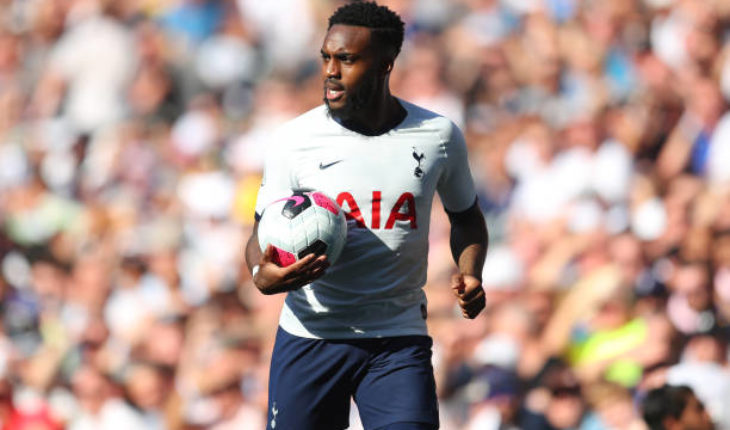 Manchester United could have a solution to their left-back problem, as they are reportedly tracking Tottenham left-back Danny Rose.

Rose has been on the transfer list, but had no takers in the summer transfer window, but the Red Devils could swoop in to sign the England international.

According to Transfer Market Web, Spurs could allow Rose to leave in the January transfer window, and long-term admirers, Manchester United, could make a move for him.

Rose, who joined Spurs from Leeds United in 2017, has made over 200 appearances for the North London side, becoming an integral part of the side.

The Englishman has started 7 of the 8 Premier League games this season, but he is expected to leave the club. His current contract with Spurs expires in 2021, having signed a five-year deal with the club in 2016.

Rose has made 28 appearances for the English national team since debuting back in 2016. The North London side are currently in a transition phase, with manager Mauricio Pochettino signing several young players to refresh the squad.

Why Rose is the right option for Manchester United

Rose has been on the Manchester United shortlist for a while as the Red Devils have not been able to get the best out of Luke Shaw, who was touted to be one of the best in the league a few years ago.

Injuries and poor form has resulted in Shaw’s stock falling, and as a result given rise to speculation about United signing a replacement.

Rose would be a good signing for United as he has experience of playing in the Premier League and is a player who could add something in attack and defence for the English club.

United do not have a backup option to Shaw at the club, with the likes of Ashley Young, Marcos Rojo, and Axel Tuanzebe filling in for him when he has been injured – neither three are natural at left-back.

The Spurs left-back is a good dribbler and likes to move forward into attacking areas, but is strong defensively as well. In the current season, Rose has 2.9 clearances on average per game in the Premier League, and 1.6 tackles per game.

United could get Rose for a cut-price as he is on the transfer list and has just one and half years remaining on his contract.