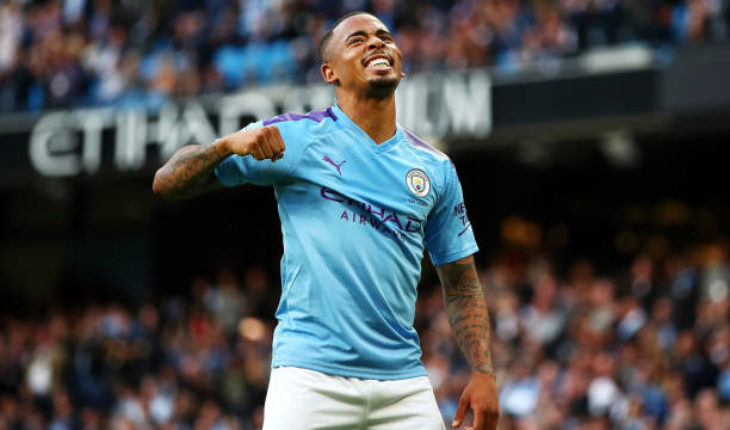 Manchester City will look to bounce back tomorrow night after a chastening defeat at the hands of Norwich City.

The Sky Blues face Shakhtar Donetsk in their annual Champions League group stage affair and go into the game as heavy favourites.

But Pep will be having none of the ‘favourites’ tag after seeing the same made a mockery of on Saturday. He will make a few changes but will not be experimenting in any aspect as of now.

Benjamin Mendy is training and will be gradually afforded first-team minutes but is not yet ready for a start. Phil Foden and Ian Poveda-Ocampo have not travelled due to fitness concerns while Eric Garcia is a part of the squad. John Stones injured his muscle in training and will be out for around five weeks.

Aymeric Laporte is out for five to six months and remains a long-term absentee along with Leroy Sane.

Ederson will start in goal. His footwork has been exemplary. But Pep will demand more of him in his overall keeping.

We expect a maiden start for Joao Cancelo at right-back. Kyle Walker will finally know the extent to which Cancelo will be pushing him for a place in the team.

There is a lot of confusion regarding City’s central defensive pairing. Given the lack of options at centre-back, Nicolas Otamendi will continue in the team despite his horrendous mistake against the Canaries.

John Stones’ injury means Fernandinho will be the automatic choice at centre-back alongside the Argentine.

Zinchenko will continue at left-back in the Manchester City lineup.

The latest Stones injury means Pep’s hands are tied to an extent which will see Rodri continue in central defensive midfield.

Kevin de Bruyne will start alongside the Spaniard while the third midfield spot might be occupied by one of the Silvas.

Bernardo Silva might be set for a more withdrawn role after his underwhelming display in a front three on Saturday.

Lack of a left-sided attacker might see Raheem Sterling continue in that role for now. But a rest for the Englishman will not be a surprise in the coming weeks.

Riyad Mahrez is expected to start on the right flank in a front three with Gabriel Jesus likely to be handed a start through the middle. 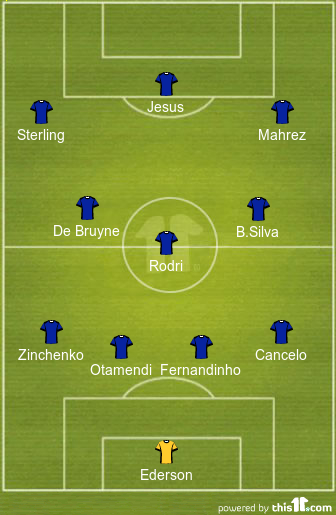